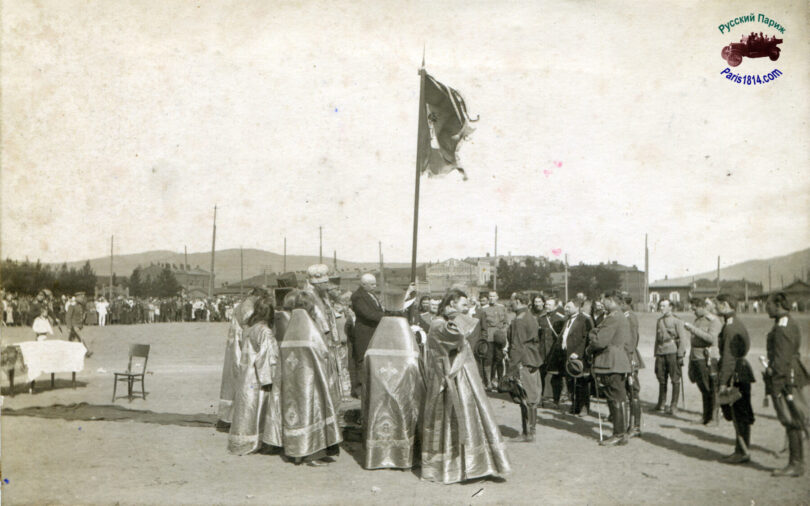 The translation of this paper, which will be presented at the conference in November 2021 in Belgrade, has been posted here to enable conference participants to submit questions to the speaker beforehand. The translation has been financed by the Fund to Assistance to the Russian Church Abroad.

The Local Council of the Russian Orthodox Church in 1917-1918 was an important milestone in Russian Church history.  This new step in the life of the Church was marked by the restoration of conciliarity, which became the basic motive of the gatherings of clergy and laity which had taken place on the eve of the Council. The Tomsk Conciliar Conference of November 1918 and the Southwestern Russian Church Council of 1919, organized on territory occupied by the Whites, represented the development of a conciliar basis.

Due to the ongoing Civil War, the structures of the Russian Church could not adequately fulfill their functions. It is fully understandable that the hierarchs had to react to the country’s revolutionary transformations and provide responses to the historical challenges which confronted the Church. In addition, the Civil War divided the country’s territory and disrupted the canonical connection between dioceses and the patriarchal center. The issue of self-organization and the determination of the bases of church administration arose pointedly.

Under these conditions a conciliar conference was called in Tomsk in November 1918, and later, in May 1919, in Stavropol. The Southwestern Russian Church Council, which, according to all the formal indications, (the nature of its composition, the list of the issues under consideration, the level of the adopted powers) were successors to and the continuation of the 1917-1918 All-Russian Local Council. These gatherings became the first experiment of the spread of its decisions on Russian territory, particularly regarding issues of organization and administration, administrative-territorial transformations, parish structuring, canon law, and many others. [1] V. Tsypin, Tserkovnoe pravo [Church Law], (Moscow, 1996), 195.

In our opinion the following were the basic incentives of such a gathering:

— There were no ruling bishops in a few dioceses.

— In many dioceses issues arose that exceeded the powers of diocesan administrations. At the same time the new secular authorities were unsure to whom they should turn with questions regarding church matters.

The main precondition for calling together conciliar gatherings and subsequently creating temporary supreme church authorities at them was undoubtedly the presence of the front line, making it impossible for the Siberian dioceses to maintain contact with the Most Holy Patriarch.

The priest V. Kozhin, a member of the Southeastern Russian Church Council, wrote in the Donskie vedomosti [News of the Don] about the creation of the Temporary Supreme Church Authority, “I assume that it will be easier to bring order to the dioceses emptied by the Bolsheviks through the help of a central organ.”[2] Donskie vedomosti, 124, (May 31/June 13). At the opening of the Council sessions Bishop Mikhail of Alexandrov expressed the hope that the Council would “lead the Church out of the dead end to which life has brought our Church, which has been torn from its head, His Holiness Patriarch Tikhon, and will provide a solution to the questions life has presented.”[3] Priest N. N. Kriachko, Arkhiv Iugo-Vostochnogo russkogo tserkkokvnogo Sobora [Archive of the Southwestern Russian Church Council].

Yet another precondition for calling the conciliar gathering and the Southeastern Council was the discussion and adopted decision at the Local 1917-1918 Council regarding the division of the Russian Church into ecclesiastical (metropolitan) districts. The section on the Supreme Church Authority under the direction of Metropolitan Kirill (Smirnov) presented the results of its work on September 18, 1918 at the Council’s 168th session. Metropolitan Kirill’s report assessed the attempts to organize the Russian Church into metropolitan districts. It was emphasized that in the new situation “conciliarity was restored as a vital basis of church administration and the hierarchical structure of the Russian Church was realized by the restoration of the Patriarchate”

The Council chaired by Patriarch Tikhon accepted the report in and assigned “the distribution of dioceses into districts to the Supreme Church Authority.” In this way the structuring of the Russian Church on the basis of metropolitan districts, in the view of Archpriest Nikolai Artemov, was decided positively by the All-Russian Council of 1917-1918.

We can thus single out the basic motivations for the Tomsk and Southeastern Councils and for the organization of the temporary supreme church authorities at them. These include the church hierarchy’s endeavor to react to the challenges of civil resistance, the presence of a separating front line, the necessity for the Church and the secular authority to establish a format for mutual relations, and the social activism of clergy and parishioners, which had grown after the All-Russian Local Council took place. Moreover, the main precondition is the presence of the front line, which made it impossible for the Siberian dioceses to communicate with His Holiness the Patriarch.

The main issue arising in connection with the activity of the Church gatherings in Siberia and Russia’s South, and also of the Temporary All-Russian Church Authority, which was created later, had to do with the canonical legitimacy of the given structures. In Iu. A. Biriukova’s view [4]Iugo-Vostochnyi russkii tserkovnyi sobor 1919 goda: sbornik dokumentov pod redaktsiei Iu. A. Biriukovoi /Russkaia Pravoslavnaia tserkov’ Novospaskii stavorpigial’nyi muzhskoi monastyr’, … Continue reading the temporal aspect of its activity — until contact would be restored with the Patriarch — and the conciliar nature of its establishment were seen as key moments.

To resolve this issue, which created, it must be added, a historical precedent for the Church’s behavior in the face of approaching persecutions, we should note that the Siberian Church gathering (the Tomsk Council), for example, was largely composed of participants of the All-Russian Local Council who had already gone through multi-stage elections. Thus, the canonical status of the Tomsk Council can be determined by the canonical status of the delegates at the 1917-1918 Local Council.

A Council of hierarchs, clergy, and laity was called in the South with much wider representation from the dioceses and military bodies. Affirming the composition of the Temporary Supreme Authority of Southeastern Russia, made up of three hierarchs and four representatives from the clergy and laity (two each), the Southeastern Russian Church Council, held from May 19 through 24, 1919, used the Temporary Supreme Church Authority of Siberia as a guide, about whose organization Council members knew from newspapers. Thus, we can speak of the identity of the activity of the temporary Church authorities in Russia during the Civil War and of the coordination of this activity.

In connection with this it necessary to determine what assessment was given to the actions of the Temporary Supreme Church Authority in Siberia by the top church leaders in the person of His Holiness the Patriarch and the Holy Synod. There is no current awareness of a single historical church document directly assessing the activities of this temporary body. The famous Decree no. 362 of November 20, 1920 by Patriarch Tikhon of Moscow, the Holy Synod, and the Supreme Church Council,  can apparently be regarded as a tangential act approving the activities of the Siberian and other temporary authorities. It says that in case a diocese, due to frontal movements or changes to national boundaries and so on finds itself deprived of any contact with the Supreme Church Authority, or if the Supreme Church Authority itself ceases its activity, the diocesan hierarch must immediately establish contact with the hierarchs of neighboring dioceses “with the object of organizing the highest level of church authority for several dioceses that find themselves in similar circumstances (whether as a Temporary Supreme Church Authority, a metropolitan district, or yet in another way). Care for organizing a Supreme Church Authority for an entire group that finds itself in the above diocesan circumstances is the absolute duty of the senior hierarch in the designated group.”

According to later testimony by E. P. Makharoblidze, the organization of the Stavropol Council and the Supreme Church Authority in Southeastern Russia became the basis for Patriarch Tikhon issuing Decree no. 362.[5] E. Makharoblidze, 20-i letie Rosiiskoi tserkovnoi “konstitutsii” [The Twentieth Anniversary of the Russian Church “Constitution”] Tserkovnoe obozrenie, 11-12, (Belgrade: 1940), 10.

Obviously, the appearance of this document was brought about by the activity of the temporary church structures in Siberia and Southern Russia. Decree no. 362 subsequently became the basis for the canonical existence of the Russian Church Abroad.

In this way the Supreme Church Authority in the person of the patriarch subsequently legitimized the activity of the temporary supreme church authorities, justifying it by complex and unique historical circumstances.