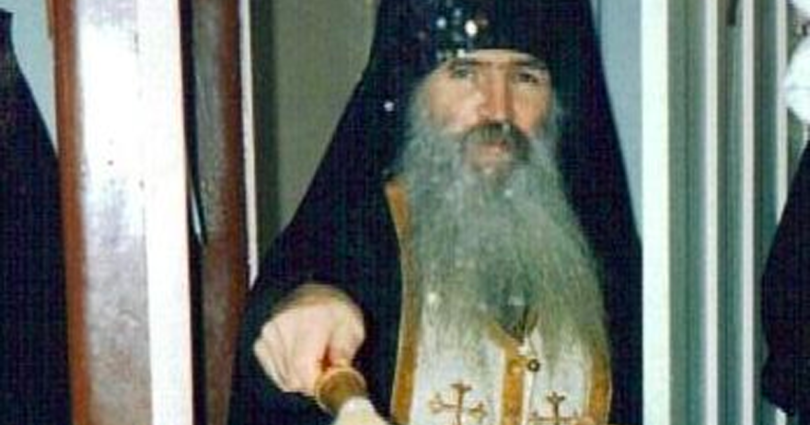 This is a reminder for an Orthodox Christian historian that he or she cannot just be sustained by an intellectual life, but has to be concern about the quality of the spiritual one.

Your Grace, you lived for almost five years on Mount Athos. How has this reflected on your ecclesiology and on your perception of other Orthodox Churches?

Before I went to Athos, my life here in the monastery was isolated from people of other jurisdictions. That changed when I arrived there, not only because I was living among so many Greek monastics, but I was able for the first time to meet monks from Russia at St. Panteleimon’s Monastery, as well as many pilgrims from all over the world. Because the monks in our kellion all spoke English, the Greeks would often send English-speaking pilgrims to us, the ‘Americans’. Consequently, even though we were living in the forest, on a remote peninsula in northern Greece, we would hear stories about Church life all over the world. I was also edified by the high level of monastic life in the monasteries there and saw how the so-called zealots had a completely different spirit. All of this helped me see various Church issues in a different light, and I saw that everything isn’t just black and white.

What would you consider the first priority in the missionary work in America? That is, what measures should be taken for the successful preaching of the Orthodox faith in this country?

I have been living in a monastery for some years now and it will take a little time to evaluate the situation. First of all I need to actually visit the various parishes and meet the priests and get their suggestions. I don’t presume to know what needs to be done, other than working on the level of spiritual life in the parishes which already exist. We must have a healthy spiritual life if we expect to bring anyone to the Orthodox Faith. If we have this, people will see it and their souls will be attracted to it.

In Russia people of all walks of life used to go to Optina Hermitage in order to find answers to their questions. Is it possible in America, or perhaps is it better for lay people to bring their problems to ‘white’ (married) clergy who might better understand their daily struggles?

The Optina Elders and St. Seraphim had no difficulty understanding the daily struggles of the people who came to them, simply because they were inspired by the Holy Spirit. The same Holy Spirit is active in the Church and the clergy today. In every case it depends both on the priest and on the faith of the people. So many times in the Gospel Christ speaks about a miracle happening because of the faith of the people involved, and in the Gospel it also says that in Capernaum Christ did not work many miracles because of the unbelief of the people. If people have faith, Christ will speak to them and guide them through their confessor, no matter who he is.

What is the role of monastics for the Orthodox mission, if any?

The role of monastics is simply to be good, sincere monastics, striving to live a life of repentance and self-denial. Just the sight of humble monastics, their bearing, their gait, is enough to edify people… but it can also scandalize them, if they are behaving shamelessly and improperly. Monastic sobriety is more than abstaining from alcohol.

You have been to Russia several times. What have you brought home, and how has your attitude toward the Church there changed?

The first time that I traveled to Russia I had no idea what to expect. One hears so many different stories, both good and bad. I was very favorably impressed, and I was amazed by the vastness and variety of the Russian land. I saw the immense task that the Church there has in rebuilding the actual church structures and in establishing normal church life, catechizing millions of people. I saw many rebuilt churches and monasteries, along with photos of the ruins that they had stood in their place just ten years previously. And everywhere there were more churches and monasteries being renovated. I saw how there is a wide range of opinions within the Church there. Some people abroad tend to judge the entire Church according to the actions or statements of a few. I guess that this would be like judging all Americans according to the behavior of small minority. Some people focus on everything negative, meanwhile overlooking everything positive. We are not used to seeing everything on such a huge scale.

We often hear about a negative impact of a consumer society on the life of Orthodox Christians. Are there any positive aspects of the American culture that may benefit the life of the Russian Church?

Many Americans are very philanthropic, generous, and self-sacrificing, even some people who aren’t particularly religious. Many churches in America have charitable organizations, and the people devote a lot of time to helping the poor and the sick. This altruism is very common among American converts too, and I think they are surprised that it is not so common among the Orthodox. I have seen it in some parishes, and I think it is something that we need to work on more.