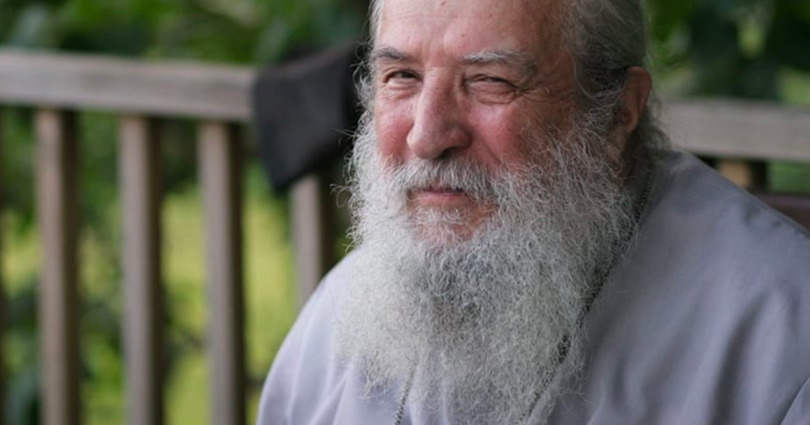 On the joyful occasion of the installation of the sixteenth patriarch of the Russian Orthodox Church we publish the address by Metropolitan Laurus to the annual conference of St. Tikhon’s Humanitarian University (2008). In this document, written shortly before his repose, Vladyka Laurus profoundly outlines the Orthodox teaching on catholicity (sobornost). 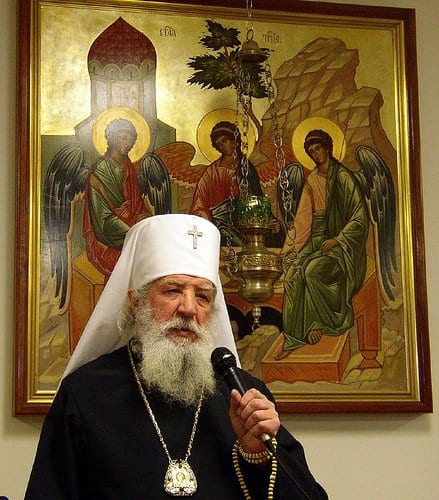 On the joyful occasion of the installation of the sixteenth patriarch of the Russian Orthodox Church we publish the address by Metropolitan Laurus to the annual conference of St. Tikhon’s Humanitarian University (2008). In this document, written shortly before his repose, Vladyka Laurus profoundly outlines the Orthodox teaching on catholicity (sobornost).

I extend my heartfelt greetings to all the participants of “Paths of the Russian Church Emigration” in these holy days of the Epiphany of the Lord, a holiday referred to in Church texts as “the Illumination.” I wish the students of this wonderful educational institution to be illuminated with the “light unapproachable,” which Christ brought to the world through His incarnation. These festive days evoke feelings of love and gratitude towards God in every Orthodox Christian soul. Just think: God Himself comes to us, appears as a man, as one of us, speaks to us in our tongue. The Almighty Creator humbly bows His head under the hand of His own creation, John the Forerunner, the great teacher of repentance.

Let us too, beloved-in-the-Lord students, future servants of the Church of Christ, follow the example of the God-Man, who came into the world not to exert His authority or to judge us, but to save and to serve mankind. When clergymen begin to consider themselves to be a “special” class, and look down upon the people of God, it harms the “circulation” of the Body of the Church, and then empathetic love is replaced with unhealthy, pseudo-ecclesiastical relationships. This is the origin of all sorts of abuses, including mladostarchestvo [pseudo-eldership; inexperienced clergymen acting as spiritual guides— transl. ], etc. The first Primate of the Russian Orthodox Church Outside of Russia, Metropolitan Anthony (Khrapovitsky) of blessed memory, spoke out against such behavior, for in such cases a vicious cycle is formed—the people of God are despised, is not called upon to active cooperation, and no one tends to their spiritual education. The result is that the people are excluded from participating in the life of the Church and become simply passive observers of the mysteries, and the pastors abandon their true calling.

It is heartening and endearing to see that St Tikhon’s Orthodox Humanitarian University is doing the needed work, and this should be encouraged. So, dear fathers, brothers and sisters in the Lord, our humble refugees, the bishops, clergymen and laity built the Russian diaspora outside of her borders, while she herself was suffering at the hands of the atheists. They knew that the main goal of church life is the creation of a real Christian community. Just as every ordination of a clergyman is intended for a physical church, each baptism is performed for a concrete community. Everyone in the Church must serve—our example for this is the Lord Himself, Who said: “but whosoever will be great among you, let him be your minister” (Matthew 22:26). This is the example of serving God and man: the greater your authority, the greater is your duty towards your neighbor.

I wish the further success to Fr Rector, the professors, teachers and all the students of the University, as well as those who serve as clerics here or elsewhere, and those preparing to serve the Church, and I prayerfully wish that all of you, while serving Christ and the people of God, perform the “apostolic going among the people,” in the words of Bishop Theophan the Recluse, who died on the day of the Epiphany of the Lord. May you do this for the salvation of the Russian Orthodox people seeking salvation, the Kingdom of God and His truth. Amen! With love in the Lord, and beseeching your prayers,