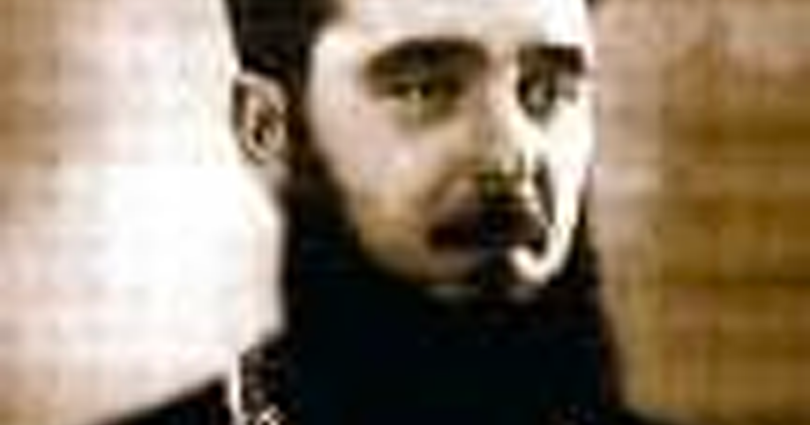 Bishop Victor-Vasile (Leu) was born in 1903 in the village of Oancea, in Galatzi County, Romania. He was named Vasile in Holy Baptism. His father was a priest, later to become Bishop Grigorie (Leu, 1881-1949) of Husi.

Bishop Victor-Vasile (Leu) was born in 1903 in the village of Oancea, in Galatzi County, Romania. He was named Vasile in Holy Baptism. His father was a priest, later to become Bishop Grigorie (Leu, 1881-1949) of Husi. During World War II, the future Bishop Victor-Vasile volunteered to serve in the Mihai Vitezul Regiment VI, where he was wounded. He later fought with the XIVth Infantry Division on the Cotul Donului front. For his military service, he was awarded the Military War Order of Michael the Brave, the National Cross,  ‘Faithful Service,’ and the ‘Crucea de Fier’ (Iron Cross). His wife was killed during the war in bombings. After Vasile finished the Seminary and Theological School, he was ordained a deacon and served at the Cathedral of the Diocese of Roman, ordained a priest, and served as priest at the Saint Spiridon Church in Iasi, and a confessor at the Colentina Hospital Corps and the Gendarmerie in Bucharest. He also served at the Jianu parish in Bucharest. In 1947, he served for a short time as an Adviser at the Department of Religious Affairs.

In 1948, the status of the Romanian Orthodox Church began to worsen under the new communist regime in Romania. The government was planning to launch severe persecutions of the Romanian Church. The Patriarchate of Romania was ordered to by the Soviets to place all of its parishes abroad under the jurisdiction of the Moscow Patriarchate. Bishops Grigorie (Leu) of Husi and Chesarie (Cezar Paunescu, 1888-1975) of Tomis were part of a network of anti-communist clergy, and wanted to send spokesmen to the Romanians in Western Europe to warn them of the dangers coming. The priests Vasile Leu and Florian Galdau were sent to Western Europe by Bishops Grigorie and Chesarie. After being arrested by and escaping from Tito’s secret police in Yugoslavia, they finally made their way to Salzburg, Austria. They met with a representative of the World Council of Churches, who put them in touch with representatives of Metropolitan Visarion’s Diocese. Metropolitan Visarion (Puiu, 1879-1964) was already in Western Europe, evading a death sentence against him by the Romanian People’s Tribunal, and had instituted the Romanian Orthodox Episcopate of Western Europe. He was ill, thought to be in serious condition, in the hospital in Switzerland. As a consequence, a meeting of representatives of the Romanian Orthodox Episcopate of Western Europe in Salzburg, Austria with the priests Vasile Leu and Florian Galdau, Father Vasile Leu was elected Bishop of the Diocese. The WCC representative and three Allied Powers (undoubtedly the USA, Great Britain, and France) recognized the election of Fr. Vasile Leu, and he was issued a passport to be able to travel freely for his duties.

Representatives were sent to Munich, Germany, to discuss the possibility that Hierarchs of the Russian Church Abroad would consecrate Fr. Vasile Leu to the Episcopate. This was arranged, and in Dec 1949, Fr. Vasile Leu was tonsured a monk with the name Vasile-Victor, and consecrated to the Episcopate in Munich, Germany in the Cathedral of the Russian Church Abroad. The consecration was presided over by Metropolitan Seraphim (Albert Lade, 1883-1950), and he concelebrated with Archbishop Stefan (Simeon Iosifovich Sevbo, 1872-1965) of Vienna and Austria. Romanian sources claim that a third Hierarch, Bishop Philip (Ivan Alexeyevich von Gardner, 1898-1984) took part in this consecration, but that would have been impossible as Bishop Philip voluntarily gave up his Episcopate in 1945 (in a little seen service, and one requiring a great deal of humility, Bishop Philip stood in the church and was divested of all the signs of his episcopal rank. He went on to become an authority on Russian Church Music, teaching at Universities in Germany, with many books on the subject to his credit. He is more widely known as Johann von Gardner). The Romanian sources could be mistaken, or simply incorrect. Possibly another Bishop could have participated and somehow the name of Bishop Philip was incorrectly noted, or only Metropolitan Seraphim and Archbishop Stefan performed the service of consecration. It makes little or no difference, as only two bishops are required to perform an episcopal consecration-whether or not a third bishop participated would have no effect on the status of Bishop Vasile-Victor (Leu) as a Hierarch).

In 1949 he visited King Michael and confessed Queen Ana in Switzerland. He travelled to England where he was received officially by both the Foreign Ministry and the Archbishop of London of the Church of England. He also made his first religious broadcasts on BBC at this time.

In 1950, he met with the former King Carol II of Romania, and travelled to Spain, where he was received by the Spanish Dictator, Francisco Franco. He officiated at a memorial service at the Grave of the Unknown Soldier (from the Spanish Civil War).

In Romania on 25 Feb 1949, the Diocese of Bishop Grigorie (Leu), Bishop Victor-Vasile’s father, was abolished. Two days later, he was summoned to Bucharest to talk with Church authorities, and while there complained of back pain. Three days later he was dead, and it was suspected that he was poisoned by the communist regime. Bishop Victor-Vasile kept up his activities, and broadcasted weekly on BBC, and frequently on Radio Paris. He helped Romanian emigres by procuring certificates for them to emigrate to different countries.

On 16 Aug 1952, Bishop Victor-Vasile was kidnapped by the KGB in Vienna, Austria. He was surreptitiously given an injection which made him unconscious; two days later he woke up and found himself under arrest by Red Army troops, with his beard shaved and his hair cut and dyed. He was taken to Moscow and imprisoned in the Lubyanka Prison. He was questioned for 7 months on charges that he was working for U.S. and English Intelligence agencies. The sadistic head of the NKVD (predecessor of the KGB), Lavrenti Beria, sometimes participated in the questioning of Bishop Victor-Vasile. He was transferred to Bucharest, Romania, and on 20 Nov 1954, he was sentenced to death for treason.

In a public session of the Bucharest Military Court on 16 Nov 1954, Bishop Victor-Vasile stated that while he did not spy on anyone, he was an enemy of the regime in Romania, because it had turned the entire country into a prison camp. He went on to state that he considered communism to be the main enemy of Christianity.

He was imprisoned in most of the various prisons operated by the communist regime of Romania. His Securitate (Romanian secret police) file was over 300 pages. Revealed after the fall of the communist government, it showed that he had never compromised with the regime. Surprisingly, the death sentence was never carried out, and he was released on 26 Mar 1964. After his release, he joined a ‘Romanian Russian traditionalist Orthodox Church,’ noted as a very small jurisdiction.