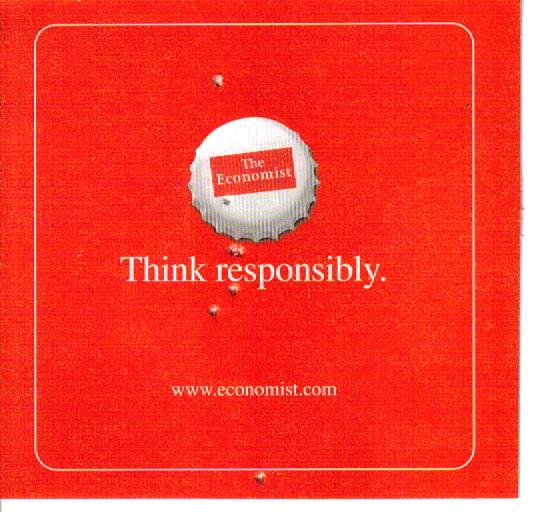 A secularist balanced analysis on the rare event of the church reconciliation.

The Economist had failed previously to report on either the reconciliation between the Patriarchate of Moscow and the ROCOR (May 17, 2007) or the passing of Metropolitan Laurus (March 16, 2008). Now comes an article (“Mergers, Acquisitions and Spin-Offs,” October 18, 2008) that belatedly compensates for those omissions. This thoughtful and provocative account demonstrates that there are psychological processes that cut across denominational boundaries. It should be objected, however, that no evidence is given (and none is likely to be produced) of ROCOR theology students “broken with … their professors.” Furthermore, the notion that the reunification of churches is somehow paradoxical also requires clarification since the history of the Orthodox Church demonstrates that when division is rooted in non-doctrinal issues, divided ecclesial bodies are considered to remain within the same “mystical reality.”

When Christian groups reunite, watch out for the next split

ON THE southern rim of Moscow, where the din of traffic gives way to a silent forest, three steeples shimmer over the trees. On closer inspection, these belong to a magnificent new church. Inside it, and in a much cosier wooden edifice next door, every inch of wall commemorates people who were massacred in this area 60 years ago. Many are depicted in icons, celebrating them as martyrs whose prayers in the afterlife protect the church.

This memorial to victims of Stalin’s purges (albeit mainly recalling one category, Christian believers) sends a timely message to a Russia where reflection on the perils of an over-mighty state is rare. Its construction is one reason why, last year, most of the New York-based Russian Orthodox Church Outside Russia (ROCOR) agreed to unite with the Patriarchate of Moscow, which “White” anticommunist exiles long saw as tainted by red links.

As one condition for reunion, ROCOR had insisted that due honour be shown to the so-called “new martyrs” who died for their faith under the Soviet regime. Visiting the memorial near Moscow, it seems hard to deny that this demand has at least in part been fulfilled. To many people, reunion seemed irreversible after Moscow’s Patriarch Alexy joined the late head of ROCOR, Metropolitan Laurus, in laying foundations for the Butovo church.

But for a passionate minority of ROCOR clerics and believers, dotted across North and South America, Europe and Australia, the Moscow-based church hasn’t gone nearly far enough to justify coming together. For these dissidents, it matters a lot that hierarchs in Moscow still approve the accord made with the communists in 1927 by Sergius, an Orthodox bishop who signed a statement accepting the Soviet Union as a “civil motherland”. By justifying Sergius, the dissidents insist, the Moscow church implicitly condemns others who went underground or remained defiant and paid with their lives.

The dissenters’ argument is that by defending deals made under the Soviet regime, today’s church is endorsing a Soviet-era episcopate which not only obeyed Stalin but fawned on him. Supporters of the reunion retort that most of today’s Russian episcopate was elevated after the Soviet period; they also hope that the reunion will help along a continuing reassessment of all eras of Russian history. Across the Russian diaspora, the dispute has divided parishes and formerly close-knit communities. Priests have broken with bishops, theology students with their professors.

The intra-Russian dispute is only one example of a paradox in the recent history of the world’s largest religion. Almost every time two Christian communities—split by politics, race, culture or doctrine—decide to reunite, a new division is created by those who cannot accept the merger.

In Christendom as a whole, most recent merger activity has been among schools of Protestantism which now feel that doctrinal differences between John Calvin (1509-1564) and Martin Luther (1483-1546) shouldn’t be a make-or-break matter in the 21st century.

The Geneva-based World Council of Churches (WCC), an association of about 350 Christian groups, has counted 50 “reunited” churches (all involving varieties of Protestantism) and 40 churches that are engaged in talks that could lead to further mergers. But not even the WCC’s keenest enthusiasts are sure that the movement towards unity is stronger than the trend towards fragmentation.

In any case, for Roman Catholics and Orthodox Christians the idea of a “reunion” between churches is paradoxical, if not contradictory; they speak of the Church as a mystical reality of which they are the main or sole representatives, and which almost by definition cannot be divided. For Protestants, the idea at least of “uniting churches” is not so problematic. A dozen intra-Protestant mergers have been modelled on one that occurred in Canada in 1925. India is one of the few countries where Christians who defer to bishops managed to merge with those who don’t.

But the world’s fastest-growing sects, typically those stressing dramatic personal experience, such as speaking in strange tongues, are uninterested in uniting with anybody. They view the WCC as soft-minded or worse. In this they resemble the “White” Russians, who also abhor the Moscow Patriarchate’s membership of the WCC. (The Muscovites this week left the Conference of European Churches, a WCC affiliate, but that probably won’t satisfy their most conservative critics.)

Even among those who are interested in reunion, recent news is mixed. In South Africa, the mainly black and coloured Reformed churches have voiced dismay over the refusal of their white compatriots in the Dutch Reformed church to accept their terms for union. While the white Dutch Reformers have eschewed their old belief in apartheid, some couldn’t quite swallow the “Belhar Confession”, a document written in 1986 which stresses racial and social inclusiveness.

In those quarrelsome South Africans’ spiritual home, the Netherlands, intra-Protestant rows also smoulder on in some places. That is despite (or rather, because of) a giant merger sealed in 2004.

This involved the two biggest Reformed groups, plus a few Lutherans; it seemed to many people like a good outcome of a rapprochement that had been under way for 40 years. But not all approved. In the Dutch “Bible belt” from the Zeeland islands to the eastern border, some 60,000 people established a new “Restored Reformed Church” professing true Calvinism.

Some of the issues at stake are familiar from other Christian battlegrounds, such as the Anglican Communion, where the question of gay rights has split southern-hemisphere conservatives from northern liberals. The Dutch traditionalists reject female pastors and same-sex unions. But the Dutch old-timers’ deeper objection is to sloppy mixing of two traditions: their own Calvinism, stressing the “depravity” of mankind, and the Lutheran view, which is a bit gentler. “We pledged to follow the original Reformist path, and it is a biblical calling that you must continue to do what you promised,” says Willem van Vlastuin, a “restored” church pastor who serves 1,300 souls in the coastal town of Katwijk.

Before 2004, conservatives in the Netherlands’ reformed churches (there were two with similar names) could rub along with the liberal camp because they still belonged to bodies that claimed, at least, to be Calvinist. Once the waters were muddied by throwing in a new, Lutheran set of beliefs, the conservatives marched out. Just as happened with the Russian reunion, some clerics hovered between the amalgamated body and the dissidents, in a few cases switching sides more than once.

In Protestant redoubts such as Scotland and Ulster, there are sects (small in numbers but still dominant in certain places, like the Scottish island of Raasay) which glory in the fact that they or their forebears rejected past efforts to patch over differences. Both the Free Church of Scotland (“wee frees”) and the Free Presbyterian Church (“wee wee frees”) take pride in having eschewed an amalgam between Scotland’s main Protestant churches, achieved a century ago through a slight blurring of theological edges. But like many zealous groups, both Scotland’s hardline Protestant sects have been wracked by squabbles, personal and theological. Ulster’s Free Presbyterians (separate from the Scottish ones) avoided a split last year only after the resignation of their founder, the pastor-politician Ian Paisley.

Schisms and scandals have also raged among the Greek Orthodox clerics who quit their national church in the 1920s when it adopted the modern calendar. And for people who have seen the militant edges of Christianity in several places, there are psychological parallels, at least, between Orthodoxy’s old-calendar holdouts and the ultra-Protestants. “Aesthetically, they are very different, but they are similar in their zeal and exclusivity,” says Sofka Zinovieff, an Anglo-Russian writer who knows both Scotland and Greece.

Even for people professionally committed to Christian unity, such as Odair Pedroso Mateus, a Brazilian Protestant who watches church reunions for the WCC, there is a feeling that shoehorning religious groups together isn’t always feasible or desirable. “Institutional reunion was a modern idea—perhaps in the post-modern era, we have to reconcile the existing diversity,” he says.