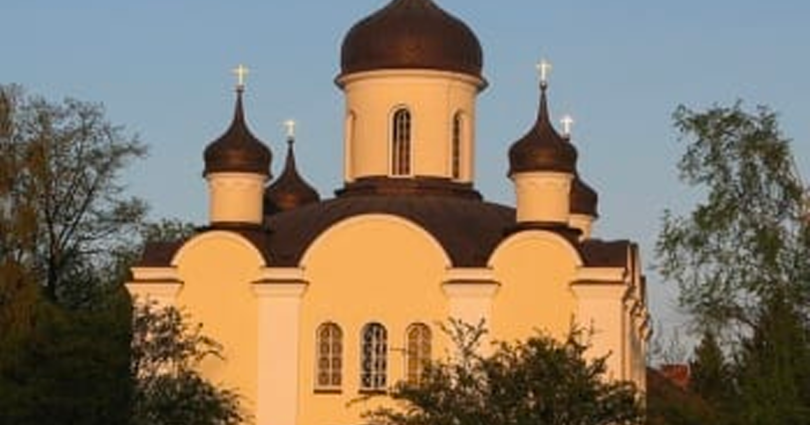 The Rev. Canon Herbert Montague Waddams was the general secretary of the Church of England’s Council on Foreign Relations (1945-1959). Waddams is considered to be an expert on Russian Orthodoxy and actively participated in theological dialogue between the Russian Orthodox and Anglican Churches. It appears that the Berlin embassy did not respond and that Waddams’ suggestion of a meeting was not acted upon. Addressing another man by their surname only was an indication of good friendship at that time, at least amongst those educated privately.

I do not know whether you know that the Russian Orthodox Cathedral in Berlin, which is in the British Sector, has lately lost its Archbishop who has been appointed the representative of the Patriarchate of Moscow in the United States of America. Whether he will get a visa to go to the United States I do not know, but at least he has left Berlin. I have had several anxious views expressed that members of the Anastassy Russian jurisdiction might try to get hold of the Cathedral in the absence of the Archbishop or anybody else standing in charge. I certainly should not put it past some of the Anastassy people to make the effort, and thought it worthwhile to drop you a line to suggest that it would be wise not to permit any change of ecclesiastical jurisdiction in the case of this Cathedral without very careful investigation. I shall be happy to come and discuss the whole question with you if you think it worthwhile, and I hope you will not mind my just sending you this slight warning in case anything of a surprise action occurs.