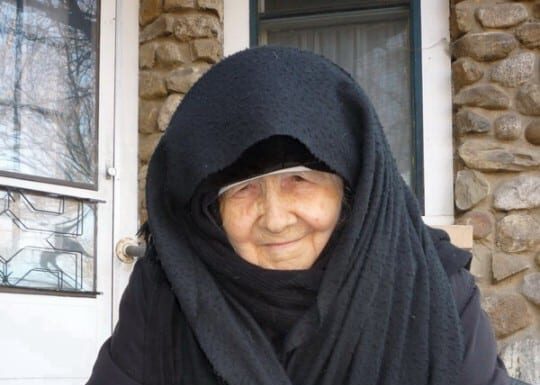 On December 26 2013 / January 8 2014, on the day of Holy Theotokos, in the ninety-second year of her life, Abbess Irina (Alekseeva) of Novo-Diveevo Convent, the eldest nun in the Russian Church Abroad, departed to the Lord.

On December 26 2013 / January 8 2014, the day of the Synaxis of Holy Theotokos, Abbess Irina (Alekseeva) of Novo-Diveevo Convent, the eldest nun in the Russian Church Abroad, departed to the Lord in the ninety-second year of her life.

Abbess Irina (in the world Zoya Petrovna Alekseeva) was born into the family of the Amurian Cossack Peter Alekseev, a hero of the First World War from one of the small Amurian villages, on 13/26 February 1922, according to the official documents, the day of the Venerable Zoya, in whose honor she was named at baptism. Irena’s own mother, however, often said that she was born on 11/24 February, the day of the Hieromartyr Vlasiy. It is therefore more likely that she was really born on 11/24 February, while the documents show the date of her baptism on 13/26 February.

The future abbess was born the fourth child of her family, but all the children born before her died in childhood. Mother Irina could have died herself, as she was born very weak. But her mother and her father, who by this time had become a paramedic, prayed for her and saved her.

The 1920s were years of cruel struggle in the Amur region. The Soviet authority was being established in the Far East, and along with it came the universal liquidation of the Cossacks. The Alekseev family was subject to repressions, forced to leave their village and their house. In 1926 they settled in the house of their grandmother in the neighboring village of Nikolsky.

During the same year the future abbess’s mother died, and her father remarried. From this marriage there were five more brothers and sisters. Zoya, although still small, became like a nanny to them, in fact like a second mother, especially after the family was forced to flee further in 1928, across the Amur River and into China. As the abbess recalled, her father and stepmother were always working a lot, and the household chores for the most part fell on her own shoulders as the eldest sister.

After wandering for a few years among the small towns of Manchuria, the Alekseev family settled in Harbin at the beginning of the 1930s. At that time Harbin was becoming a real capital of the Russian emigration in the Chinese Far East. At that time more than 100,000 Russians lived in the city proper. There were twenty-six churches and four monasteries, fifteen secondary schools and six institutions of higher learning. The parishes operated inexpensive and free kitchens for the poor, four orphanages, two church hospitals, and a home for the elderly.

The active life of the Russian diaspora did not flag even during the years of Japanese occupation, which lasted from the 1932 until the end of the Second World War. During these years Zoya Alekseeva graduated from a Russian school. As a parishioner of one of the Harbin churches, she joined in the reading and singing in church and became fond of it.

After the death of her father in 1946, the future abbess became a novice at the eminent Theotokos-of-Vladimir Convent, founded in 1922 by Abbess Rufina with the blessing of Metropolitan Mefodii of Harbin. By the time of Zoya’s entry into the convent, however, the center of Russia spiritual life had already moved to Shanghai, where in 1935 Abbess Rufina opened a new branch of the monastery with the blessing of His Eminence John of Shanghai (St. John of Shanghai and San Francisco). She later moved to Shanghai herself with the majority of her sisterhood, which at that time numbered over fifty.

After 1945, with the arrival in China of the Soviet Army and the establishment of a Communist dictatorship, the Russian diaspora’s well-formed mode of life quickly began to fall apart. In spite of this the monasteries and parishes of the diaspora continued to function all the way up until the so-called “Cultural Revolution” at the beginning of the 1960s. Only then was all Orthodox spiritual life annihilated or by the Communists, or else it went deep underground.

Zoya Alekseeva spent three years as a novice in the Harbin division of the Theotokos-of-Vladimir Convent, and then had to leave the convent and settle in town. She was sent there for unknown reasons together with the convent’s superior at the time, Abbess Irina, of whom little else is known. Over the course of many years, novice Zoya served the abbess as a cell-attendant, taking care of the elderly nun. Only when she had seen this obedience through to the end did novice Zoya, with great difficulty, abandon Communist China in 1961 with the intention of joining the sisters of her community, who in 1948 had become established in San Francisco, where by Divine Providence then-abbess Ariadna had brought the wonder-working icon of the Vladimir Mother of God and other holy things from the convent. Eventually almost all of the sisters from Shanghai were reassembled there.

But the Lord judged differently. The Synod appointed novice Zoya to live in the Seraphimo-Novo-Diveevo Convent, established by Fr. Andrei Rymarenko (the future bishop Archbishop Andrei of Rockland), not far from New York in the village of Spring Valley.

We might obliquely guess that the reason for this decision had to do with the fact that upon her arrival, according to the sisters of the convent at that time, the tall, stately, strong Cossack novice weighed less that 90 pounds and looked like a skeleton covered with skin. Of course the hierarchs were afraid that the young novice simply might not make it to San Francisco from Canada where she had arrived.

The elder sisters set out to fatten the young novice with ice cream. The mother abbess herself later recalled that her life at Novo-Diveevo began awkwardly. Naturally she didn’t know what the founder Batiushka Adrian (a disciple of the great Optina Elders and himself a great elder of the Russian diaspora) meant for the community. She had only been presented to the abbess (at that time Schema-abbess Mikhaila, who had also lived in China) and spent a few days in the monastery when she learned from one of the older sisters that “Batiushka is angry, and says ‘has this novice come and been in the convent for so long and she still hasn’t presented herself?!'”

Of course, this misunderstanding was quickly cleared up. The young novice was integrated into the convent’s life of prayer and labor. Her main obedience was the cleaning of the temple, and reading and singing on kliros, which things had already become her own in Harbin. She eventually became the head of the kliros in the convent.

In the course of over fifty years in the convent of St. Seraphim she never used any calendar but the church calendar. This caused a certain difficulty for anyone who conversed with her, since for her all dates were determined only by their connection with saints’ days, the celebration of icons, or other church feasts. Thus simply by being near Matushka one became acquainted with the Menaion and the Typikon, even without meaning to. But what was even more impressive was that for every day on her calendar she had written the names of those who should be commemorated on that particular day in perpetuity, whether for their health or repose! She never forgot anyone who asked her prayers or who needed them. All were remembered on the day of their saint or of their repose, even if they had but barely touched a corner of her life.

The convent has always been especially associated with prayers for the reposed, since a large (if not the largest) cemetery of the Russian Diaspora is located there. Vladyka Andrei introduced a custom which continues this day, such that almost always after the Divine Liturgy they serve Pannykhidas at the graves. At first novice Zoya, and later Nun Irina (tonsured by Metropolitan Philaret at the end of 1960, in honor of the Martyr Irina of Illiria) assisted the priest and prayed together with him at the Pannykhidas. Often on Sundays she did not return to her cell until evening.

During the ’60s Mother Irina was, for a long time, among the youngest nuns. Of course, the duty of caring for the old and sick sisters fell among her obediences. She also worked in the convent’s candle factory and did many, many other jobs. Her whole life passed within this saving triangle: Church — Obedience — Cell. In over fifty years of convent life, Mother Irina left the convent on only one occassion. The elder sisters, having won a trip to Jerusalem in a good-will lottery, sent that tireless laborer, their younger sister. 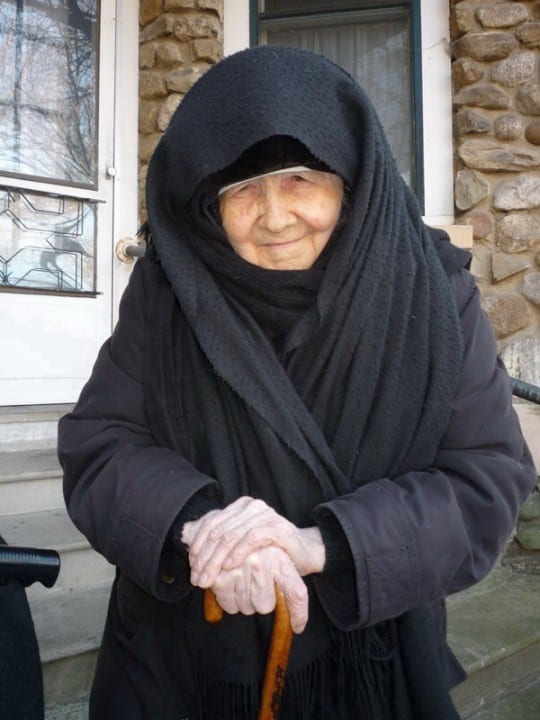 At the beginning of the 90s, when fewer and fewer sisters were left at the convent, it fell to Mother Irina to take up the heavy cross of an abbess. In her humility, Mother Irina never considered herself a “real” abbess. Only she knows what she meant this. But for all who knew her during the last twenty years of her life she was a true mother, a helper to whom one could always turn and receive much more than the council of a person made wise by life experience. One could ask and receive a blessing for any good work, as well as prayerful assistance and comfort in all circumstances of life. In fact, it is she herself who for all these years has manifested the convent life in all its fullness! Time will tell whether today’s sisters will be able to continue the tradition of humble struggle in prayer and obedience — but they have been given a chance! Those who live in the convent today will not start from scratch, as is now the case in most Russian monasteries. They have been touched directly by the great mystery of the angelic life, which ABBESS IRINA has manifested.