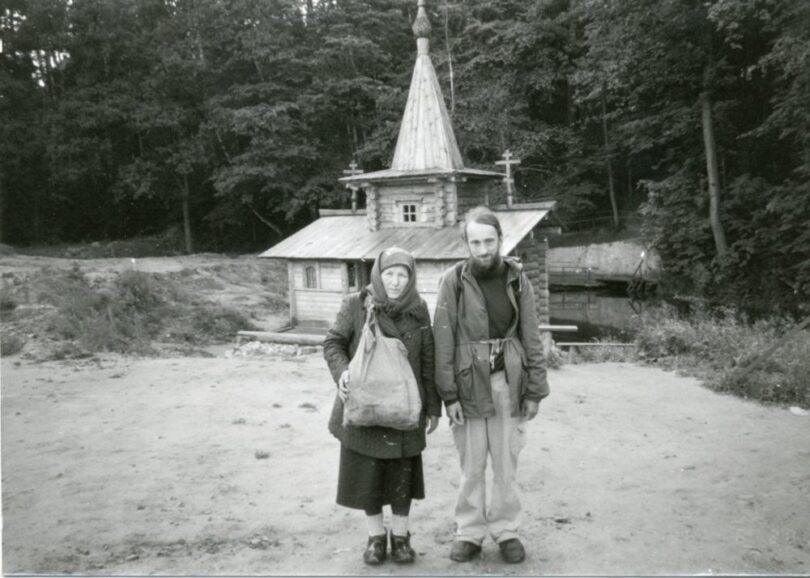 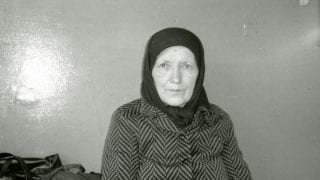 Among all the people I’ve met over the course of my life, the memory of Lydia Pavlovna Khovanskaia stands out especially. Lydia passed her youth in Chuvashia, under difficult post-war conditions. It was a great accomplishment when she completed the requisite studies to become a postal worker.

The church was her life, so it was not surprising when she later received monastic tonsure with the name Lea. Lydia was part of the catacomb movement in the Russian Church, which did not commemorate Metropolitan (later Patriarch) Sergii (Stragorodsky). She was nourished by the priest Philip Anikin, who had spent ten years in GULAG on the Solovetski Islands, and had been serving secretly as a priest since 1940. Fr. Philip died in 1974 (M.V. Shkarovsky, D.P. Anashkin, Pravoslavnoe Tserkovnoe Soprotivlenie v SSSR [Orthodox Ecclesial Resistance in the USSR] Moscow. 2013, p. 86). After his death Fr. Gurii (Pavlov) was a spiritual father of Lidia’s community.

When, in the 1990s, the Russian Church Abroad began receiving clergy and laity in the USSR., Lydia began to go to these parishes. At that time I was the editor of the journal Orthodox Russia from Jordanville, and I visited Lydia in the Chuvashian town of Shumerlia. From there we set out for Diveevo. She was not yet a nun then. We were staying with an Udmurt family from the village of Grakhov. I remember how we ate a fish soup from a single plate.

In Lydia there had been preserved a link with the old, rural, pious Russia. She also had an excellent memory and she would often tell me about various godly people who had survived for a long time throughout the expanses of the USSR.

In conversing with Lydia, one got the impression that she had no hostility at all towards those who attended the parishes of the Moscow Patriarchate. I remember how she referred to a priest of the M.P. as “Batiushka.” Besides this she also communicated with Christians from other catacomb denominations, such as Fr. Gurii (Pavlov), who was made a bishop for the followers of the “Boston” group. At no time did I hear from her a disparaging mark about anyone at all.

In 2001 I left the editorship of “Orthodox Russia,” began my studies, and got married. Just recently I received a note from Mother Evfrosynia of the Lesna convent in France, in response to my question about Lydia. She wrote “Truly Christ is Risen! [Lydia] has disappeared without a trace. Five years prior, she had begun to suffer from dementia; but she still came to us for the glorification of the Righteous Catherine in 2010, and for Pascha in 2012, together with her cousin Lena. Then she was living with her sister in Chuvashia, and she just went off somewhere. She was always getting ready to ‘travel’ — now to Voronezh, now to ‘Batiushka.’ They alerted the police. They looked everywhere but discovered nothing. Pray for the nun Lea.”

She was open toward everyone she happened to meet. She was always interested even in people she’d known only briefly. She was probably on her way out to help someone when she disappeared.