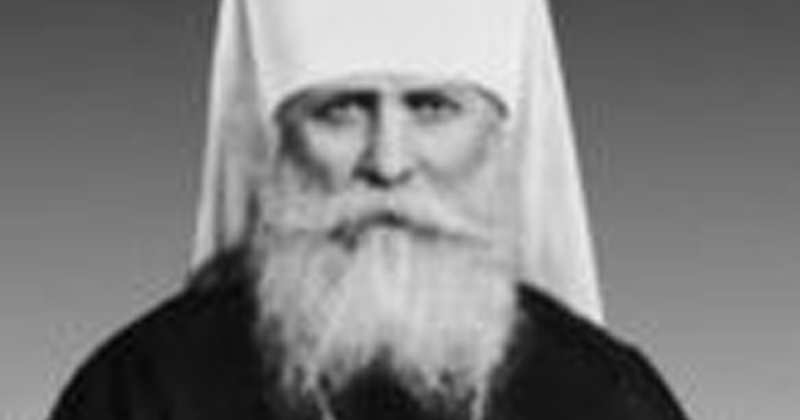 Memories about the last military comander of White Army in the Cremea and a founder of the ROCOR, who became the first bishop of Moscow Patriarchate in Western Europe

From Editor of ROCOR Studies

Bishop Veniamin (Fedchenkov) headed the military clergy in the Russian Army of General Wrangel and was one of the founders of the Supreme Church Authority of the Russian Church Abroad in 1920.  Because of the demands by Metropolitan Sergii (Stragordskii) of loyalty to the Soviet government he left ROCOR and joined Metropolitan Evlogii (Georgievskii) in 1927.  In 1930, after Metropolitan Evlogii left the Moscow Patriarchate, Bishop Veniamin remained under Metropolitan Sergii.  He headed the Exarchate of the Moscow Patriarchate in the United States from 1933 to 1947 without much success.  In 1947 he moved to the USSR, where he reposed in retirement in 1961.  The translation of this text into English has been made possible by a donation from the Joy of All Who Sorrow Parish in Atlanta, Georgia.

Metropolitan Veniamin (Fedchenkov) (1880-1961) graduated from the Tambov Theological Seminary and from the Saint Petersburg Theological Academy.  In 1907 he received the monastic tonsure and was ordained a hieromonk.  The future Bishop Veniamin was rector of the Tver Seminary at the time of the Revolution.  In 1917 and 1918 he took part in the work of the All-Russian Council of the Russian Orthodox Church;  He was consecrated as Bishop of Sevastopol in 1919 and headed the military clergy of Vrangel’s army in 1920.  After emigrating he was one of the organizers of the All-Diaspora Church Council of 1921 in Sremski Karlovac, Serbia, but he later withdrew from the “Karlovites” and went off to the Petkovice Serbian Monastery, where a brotherhood of Russian monks gathered around him.  He taught at the St. Sergius Orthodox Theological Institute between 1923 and 1927 and again between 1929 and 1931.  Between 1933 and 1947 he was Archbishop of the Aleutian Islands and North America.  He was elevated to the status of metropolitan in America.  Upon his return to Russia in 1947 he headed the Diocese of Riga and Latvia, and the Rostov Diocese from 1951 to 1955, when he was transferred to Saratov, retiring to the Pskov Holy Dormition Monastery of the Caves in 1958.

I could give a brief account of Metropolitan Veniamin.  It would be brief, since there is not a great deal to say.  But there were things about him that I found quite striking.  I first encountered Metropolitan Veniamin after the division between that part of the Russian Church which went under Constantinople and that tiny portion that remained under Moscow had already taken place. At that point what remained under Moscow were one parish in Paris, a  few people in Cannes and Nice, one small parish in Berlin, and one small parish in Amsterdam.

Immediately prior to emigration (I don’t know his earlier career path) Metropolitan Veniamin was the main spiritual guide of Vrangel’s army.  And he remained faithful to old Russia throughout his entire life.  I would not say that he was a monarchist politically, but he was faithful to old Russia.  In some amazing sense he managed not to notice a great deal.  I recall that when he returned to Russia many years afterwards he was appointed to either Saratova or Samara.  The plenipotentiary came to see him.  And so he said that he was the Plenipotentiary on Church Affairs and wished to speak with him.  Vladyka Veniamin asked him, “Oh, so you’re a Communist and a believer?”
“No, I’m an atheist.”
“Get out!” said Vladyka Veniamin, standing up.

The poor guy flew out, and two days later Vladyka Veniamin flew out as well.  Somehow he was able not to see certain things.  There was another incident with him in America, where he was sent after France.  He was invited to some kind of dinner held by representatives of the White Army in New York.  At a certain point he flabbergasted everyone when he said, “My dear ones, please excuse me, but I have to leave you, since I have to go to a reception at the Soviet Embassy.”  Here was the White Army having a get-together, and there he was, heading straight to the embassy.  There was only one Russia for him.  I remember that this was held against him, since at the time there was very strong hostility toward the Soviets.   When I was eighteen and joined the Patriarchal Church many of my close acquaintances said to me, “Don’t you dare visit us any more!  You’ve turned red…”  There was no truth to that, since our Metochion of Three Saints had people of the most diverse colorings.  There were fervent monarchists, and there were leftists.  We could say that Vadim Orlovskii, a monarchist, was on the right end of this scale, while Berdiaev was on the other end, the left wing.  All of the shades could be found between them.  Vladyka Veniamin would be asked, “How could you, as the main priest of the White Army, have joined the red church?”  I recall his very coarse way of expressing himself: “If my mother would have become a prostitute I wouldn’t  have renounced her, but the Russian Church didn’t become a prostitute, she was taken prisoner.  I will never renounce her.”  This struck me very much – I was seventeen at the time.

Vladyka Veniamin had an astounding quality that was shared by Vladyka Vladimir (Tikhonitskii) at rue Daru.  When they participated in a service, even without serving, they somehow elevated the service, and it would ascend from earth toward heaven.  I recall that when Vladyka Veniamin stood at a service it would become focused and would rise up.  But he was a dangerous preacher, in the sense that not everyone who listened to his sermons would thank him.  I remember two instances.  One such instance was when he came out for a sermon, made the sign of the cross, looked around to the right, to the left, and deep into the church, and started, “In one of the parishes where I was serving there were two people, a man and a woman..”  and at that point he started telling all of their private affairs.  “His name was Ivan and hers was Maria…”  Both of these individuals were actually in the church and were shifting from one foot to the other, dying from horror.  And these were the kinds of sermons he would give.

There was also the fact that he gave unusually long sermons.  Once he was asked, “Vladyka, how do you prepare  your sermons’?  He responded, “I don’t prepare them.  I come out, make the sign of the cross, and say, ‘In the name of the Father and the Son and the Holy Spirit” and then I add in my thoughts, ‘Holy Spirit, send me a thought.’  And a thought comes to me which I repeat to you.  Then another thought comes, and then a third one and a fourth one.  Then I can see that you’re all starting to shift from one foot to another and I say in my thoughts, ‘O Lord, Holy Spirit, it’s time for them to go home, stop giving me new thoughts.’”  He had some sort of amazing simplicity, and such simple people are hard to find.  But, on the other hand, there was something wonderful in this.  I remember coming to the Three Saints Metochion late for some reason and finding Vladyka Veniamin lying on the stone floor wrapped in his black monastic mantiya, even without a pillow, just lying there.  I asked him, “Vladyka, what are you doing here?”
“You know what, I’m sleeping here.”
“What do mean?  Don’t you have a room?”
“Well, you see, right now a beggar is sleeping in my bed, another one is on the mattress, a third one is sleeping on the pillows, and yet another one is on my blankets.  So I set myself up here, since I’m warm in my mantiya.”

Now this was typical of him.  It really was a hungry time.  There were, I think, five priests at the Three Saints Metochion at the time.  All they had to eat was what parishioners would leave in a cardboard box at the door.  There was no money.  But Vladyka Veniamin was able to inspire the entire service, to elevate it so much toward heaven.  That’s all I can say about him, since these are the only things that make him memorable for me – his lying on the stone floor and his elevation of church services toward heaven.  And his integrity, although with a substantial share of naivete.