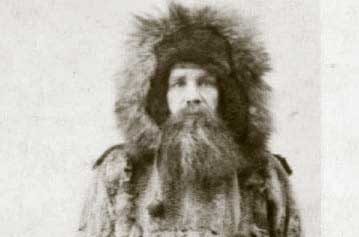 Bishop Amphilokhy is not well known in ROCOR, which he was part of from the time of Bishop Alexander’s  (Nemolovksy, +1960) recognition of ROCOR’s jurisdiction in North America until the schism of Metropolitan Platon (Rozhdestvensky, +1934) in 1927. He is also not well known in the Orthodox Church in America, heir to Metropolitan Platon. Antony Vakulsky, the future Bishop Amphilokhy, was born in Belsky County of the Lublin Province, to a peasant family. Lublin Province was part of “Congress Poland,” territory given to Russia in 1815 by the Congress of Vienna. Originally a “sovereign state” within the Russian Empire, connected to Russia by a “personal union,” it was gradually integrated in to the Empire, and officially made part of Russia in 1867. By the time of the Imperial Census of 1897, 62% of the population declared their native language as Polish; 16% as Ukrainian; 13% as Yiddish; 4% as Russian; and 2% as German.

Young Antony Vakulsky was educated at the Yablochinsky-Saint Onouphry Monastery of the Kholm and Warsaw Diocese, as well as ‘prichetnik’ (‘Prichetnik’ was a ‘church worker;’ anyone who labored in/for the Church; from a Diocesan Bishop to the janitor) classes at the Kholm Cathedral.

The Yablochinsky-Saint Onouphry Monastery dates from the end of the 15th century. The monks of the monastery refused to join the Union of Brest in 1596, which forced the Orthodox to go under the jurisdiction of the Pope of Rome. Labelled as “religious dissidents” by the Poles, the monks were persecuted for adhering to the Orthodox Faith. The enforcement of the Union on the Orthodox caused significant revolts against the Poles, most notably the uprising of the Zaporozhian Cossacks under Bogdan Khmelnitsky, which severed the Left Bank Ukraine from Poland. By 1914, the Monastery operated a school with courses for Readers, Parochial School teachers, and a three-year Agriculture program. 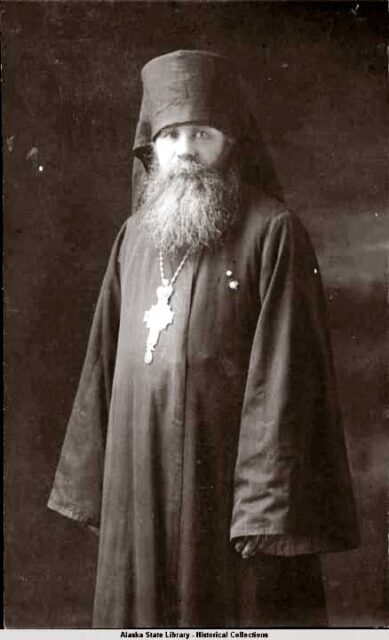 On 13 January 1891, Antony Vakulsky was tonsured a monk at the Yablochinsky-Saint Onouphry Monastery, receiving the name “Amphilokhy.” On 03 March 1891, he was ordained Hierodeacon by Bishop Flavian (Nikolai Gorodetsky, 1841-1915; later Metropolitan of Kiev and Galich) of Kholm and Warsaw. On 21 November 1893, he was ordained to the priesthood by Bishop Gideon (Gennady Pokrovsky, 1844-1922) of Lublin, Vicar of the Kholm and Warsaw Diocese (later Bishop of Vladikavkaz and Mozdok; theologian, missionary, and teacher). In 1897, Hieromonk Amphilokhy was appointed as Treasurer of the Yablochinsky-Saint Onouphry Monastery by Bishop Flavian, and traveling missionary in the Belsky Deanery, home of many Uniates.

At the request of Bishop Tikhon of the Aleutians and Alaska, Hieromonk Amphilokhy was transferred by the Holy Synod, on 20 October 1900, as missionary to the Diocese of the Aleutians and Alaska. On 12 Nov 1900, he was appointed to the Kwikpak Mission in Alaska. He served temporarily as the rector of the Holy Trinity Church in Chicago (January to May 1901) and arrived in Alaska in June 1901. Upon arrival in Alaska, he soon mastered local languages, due to his knowledge of Mongolian. From 1900 to 1912, he supervised the Kwikpak Mission, with five parishes. Hieromonk Amphilokhy was a tireless mission laborer, traveling far afield throughout the Northern Alaska wilderness, in the summer by kayak, in the winter by dogsled. He organized small groups of converts in the Eskimo villages, teaching Holy Scripture, Church History and singing, and preparing them to be teachers. On 06 May 1908, he was elevated to Igumen. On 01 August 1908, Bishop Innokenty (Alexander Pustynsky, 1868-1937; later Renovationist Metropolitan of Tashkent; shot by the NKVD) of Alaska appointed Hieromonk Amphilokhy as rector of the Saint Michael’s Mission on the Chukotka Peninsula; he stayed in Chukotka from June 1909 to June 1910. Preaching the Orthodox Faith among the inhabitants, he also founded a parish school for 20 pupils. During eleven years of Missionary service in Alaska, he baptized some 1,500 people.

In April 1912, Igumen Amphilokhy was appointed as Dean of Parishes in Canada by Archbishop Platon (Porfiry Rozhdestvensky, 1866-1934; later Metropolitan of the North American Diocese) of the Aleutians and North America. In May 1914, he was elevated to Archimandrite. In April 1915, Bishop Alexander (Nemolovsky) appointed Archimandrite Amphilokhy as rector of the Cathedral of the Archangel Michael in Sitka, and Dean of the Alaskan Missions. In September 1916, Bishop Philip (Stavitsky) of Alaska appointed Archimandrite Amphilokhy as a member of the Spiritual Court of Alaska.

With the blessing of Archbishop Evdokim (Meshchersky) of the Aleutians and North America, in answer to his own petition, from June 1916, was appointed as head of the Northern Alaska Mission, to counter Protestant missionaries attempting to entice the Orthodox flock away from the Orthodox Faith. In autumn of 1916, he settled in at the Kwikpak Mission camp on the Yukon River. Serving at the Misson’s Holy Cross Church, he resumed the school for catechists and established a shelter for orphans.

While Archimandrite Amphilokhy was immersed in missionary work, a colleague in the Diocese, Archimandrite Antony (Dashkevich, who served in Alaska from 1896 to 1906, and was later Bishop of Alaska under ROCOR, +1934) primarily was engaged in administrative work, and interactions with the American authorities. While there is nothing indicating any type of close relationship between the two, they were, undoubtedly, aware of each other, and the work each did.

In 1921, Archimandrite Amphilokhy was still serving as head of the Northern Alaska Mission. Also in that year, Patriarch Tikhon, hearing of many troubles within the Russian Diocese of North America, attempted to have Metropolitan Evlogy (Georgievsky, +1946) of Paris travel to America, and audit the North American Diocese. Metropolitan Evlogy pointedly refused; Metropolitan Platon (Rozhdestvensky, +1934) had assured Metropolitan Evlogy that there was aboslutely no need for any audit, and, if he did come, to bring money. With the audit stalled due to Metropolitan Evlogy’s refusal, the Synod of the Russian Orthodox Church Outside of Russia, in Yugoslavia, named Archimandrite Antony (Dashkevich) to carry out the audit, as well as appointing him as Bishop of Alaska, and naming Alaska as a Diocese-both propositions approved by Patriarch Tikhon, who had also known Bishop Antony when he served in Alaska- detaching that territory from the North American Diocese. Bishop Antony (Dashkevich) travelled to the United States, but never made it to Alaska to take over the new Diocese; he retired due to illness, and left America by 1924. Metropolitan Evlogy and Archimandrite Amphilokhy both engaged in a seemingly voluminous correspondence with Archbishop John (Pommer, +1934) of Riga and Latvia, cataloguing the “dastardly deeds” committed by Bishop Antony when he was in America, with the obvious purpose of countering Bishop Antony’s audit, which apparently did not paint Platon or Amphilokhy in a good light.  The audit compiled by Bishop Antony was also sent to Archbishop John in Latvia, so he could have it sent on to Patriarch Tikhon.[1]Bishop Antony (Andrei Dashkevich, 1859-1934) of Alaska and the Aleutians. 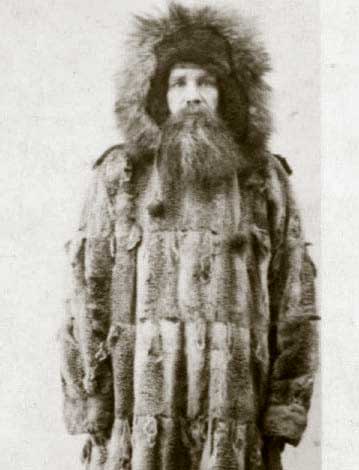 Simply disregarding ROCOR’s directive to make Alaska a Diocese, Archimandrite Amphilokhy was named as Bishop of Alaska, Vicar  of the North American Diocese. The consecration took place on 28 July 1924, in the Saint Nicholas Cathedral in New York, performed by Metropolitan Platon, Bishop Feofil (Pashkovsky, +1950, who succeeded Platon as Metropolitan of North America), and Bishop Apollinary (Kosehvoi, +1933, the only hierarch in North America who remained faithful to ROCOR after Metropolitan Platon’s schism of 1927).

Amphilokhy served as Bishop of Alaska until 1931, when he retired to Saint Tikhon’s Monastery in South Canaan, Pennsylvania. He reposed there on 25 January 1933.