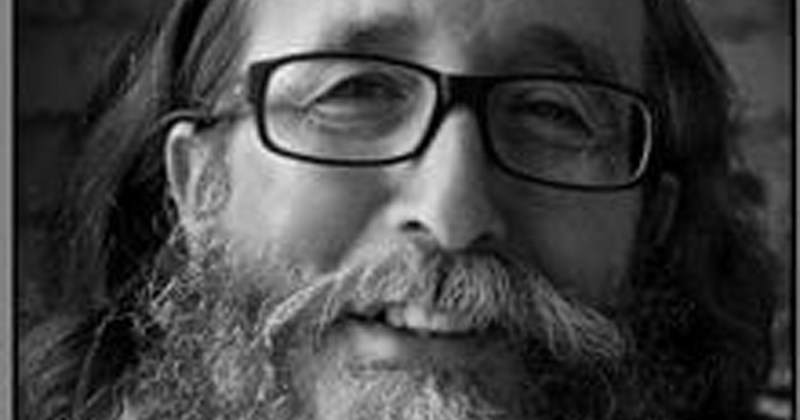 You mentioned that you were studying in the seminary in Jordanville from 1969 to 1971, and then you came back to complete your course of studies in 1976, so you had this unique experience to be in this place in very different times because I understand the 1960’s was really a time with cultural revolts and racial revolts in the states, and then you came back: it was much more quiet. And after the seminary, you were in show business – very different – but the Orthodox faith remained a very strong component of your identity. What did Jordanville give you in your life? How did you use in this very different work your Jordanville education and experience?

I think you answered the question yourself. It gave me an identity. It had a very strong impact, obviously. It’s five years of my life. In the first two years, I was very young. I was 17 and 19.

You came to Jordanville when you were 17?

Yeah… We were playing ‘hippy.’ We were playing all sorts of funny games. But the second time I came to the Jordanville was after visiting Mount Athos – a crossroads in my life where I didn’t know where to go and what to do with my life and I ended up in Mount Athos. I decided to go back, this time for the real reason, for what Jordanville stood for, which is a spiritual haven. It was our Jerusalem, our Mecca. Jordanville was the center of Orthodoxy in the west. It was the center of Orthodoxy for the Russian Church Abroad. Even though it didn’t exist for that long, it had a very strong monastic tradition, somehow, which it inherited probably back from Russia. It was exported as such, and we had the old Russian monastic tradition there – very strong. On the academic level, obviously, everybody knows that it didn’t stand very high. It was far from being a priority. Priority was living the life of Jordanville, living the services, being a witness to these people that were struggling towards God, that were living a true spiritual life. We were just sitting here just not so long ago – today – remembering everybody that we knew from back then. Some [of those] people are still alive. I don’t know what Jordanville is like today but, not that it changed my life, but it had a very strong impact. I’m a ‘Jordanvillian’ and I believe that most people that did go through Jordanville – at least in those days – feel like they are ‘Jordanvillians’: we are all brothers among ourselves because of that special place. I don’t know if that’s clear enough or how to expand on that…

To a certain extent, it is essentially it’s leading a spiritual life in a very Russian way. Obviously, each spiritual experience has its cultural side. Jordanville had a very Russian cultural aspect to its spirituality which is based on patience and love. Also, the kind of people that were there, as far as seminarians go. It’s a specific type of people that would go there and not everybody is geared towards such a life or such an experience. So, that is basically what Jordanville is all about: the kind of people that were there and the experience of living there, living with the monastics as well, because we, as seminarians, we’re partially in a monastic frame of mind. We attended perhaps not as much of the services but daily, regularly, and the meals were taken together and we lived side by side. I remember living next to [somebody] who today is Metropolitan Hilarion, today’s Metropolitan; at the time, he was my neighbor, simply like that.

Well, we still communicate amongst ourselves. I came in contact again with many of my old friends from Jordanville times through Facebook, through emails. I was very close friends with ‘Ganchik’, Nikolai Gan. Now we communicate again. We hadn’t communicated for some 30 years or something. But it’s like…

You don’t need to “break the ice”, right? So, you all just have to start after 20/25 years, you can just get together…

We understand each other, based on that experience.

Thank you very much. It was very educative.