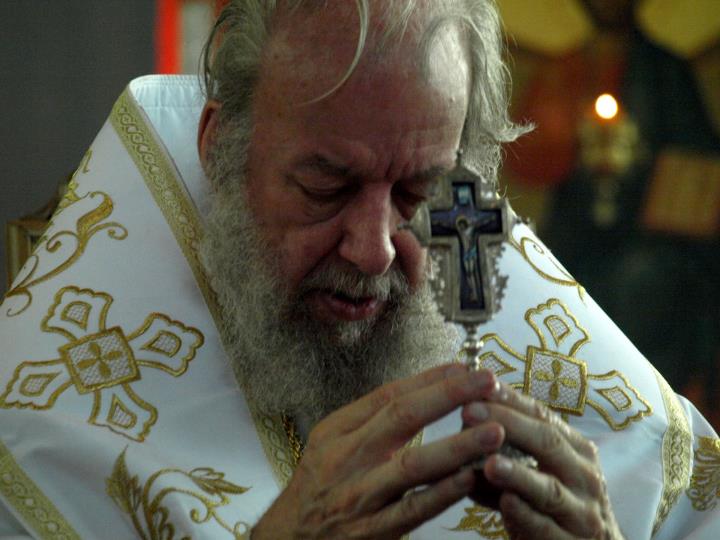 Bishop Jerome Shaw on the necessity of union between the Moscow Patriarchate and ROCOR.

For almost half a century, Bishop Jerome has been not just an active participant in the life of ROCOR but also a mindful observer of the processes taking place in this church. We hope that at some point he will share with the readers of this Web site his recollections of “the old ROCOR.”

How do you view the reconciliation between ROCOR and the Moscow Patriarchate?

I believe it was necessary, since the underlying causes were political and not doctrinal. There would never have been such a division in the Russian Church, had it not been for the Bolshevik revolution and the resulting antireligious persecution that followed. The Church Abroad always has considered itself a part of the Church of Russia, and was cut off, not by any heresy, but by the fact that normal contacts with the Patriarchate were impossible while the Soviet government interfered. However, the ‘iron curtain’ lasted too long: and as a result, some who had been raised in the diaspora, forgot the origins of the division. They forgot that our Church Abroad had always planned to reunite with the Patriarchate, once it became possible again. To them, the Moscow Patriarchate seemed to be an ‘eternal enemy’, with whom there could never be peace or reconciliation.

But have differences of teaching crept in, during the decades of separation?

There is no difference in the teachings, canons, or in the Sacraments (Holy Mysteries) of the Moscow Patriarchate and the Church Abroad. However, on both sides, there has been a great deal of confusion among the laity, as to what the Orthodox Church teaches. This is due to the lack of religious education over the years, both in Russia and in the diaspora. Although most of our emigre parishes have taught religion to children, far from all the children participated, and in many cases, their parents did not have a clear understanding of the Orthodox faith to impart to them. A good example of this can be seen in those cases, where people have rejected reconciliation with the Moscow Patriarcate, because of its supposed ‘ecumenism,’ but at the same time, look on tolerantly or even approvingly as their own grandchildren are raised, not in the Orthodox faith, but in some other religion. We oppose ecumenism because it minimizes the difference between Orthodoxy and heterodoxy. The greatest danger of ecumenism is its leading people away from the Orthodox Church.

What do you see as the main result of reconciliation?

The most direct result is that we are now on friendlier terms with the other Orthodox in the diaspora, instead of being isolated. In most of the world, Orthodox Christians are a minority. The more that minority is divided, the smaller it becomes. Calls for ‘walling oneself off from ecumenism’ actually resulted in walling off, not from the non-Orthodox, but from our fellow Orthodox. Daily contacts with non-Orthodox remained the same. Another important result is that, with the end of isolation, we have a more balanced view of the Orthodox Church: this helps to avoid falling into extreme views and exaggerated positions. Years ago, Bishop Daniel of Erie said of the reconciliation of the Old Believers with the rest of the Russian Orthodox Church, that ‘after so many years, the two pieces still fit perfectly together.’ One could say the same of our reconciliation with the Church in Russia.