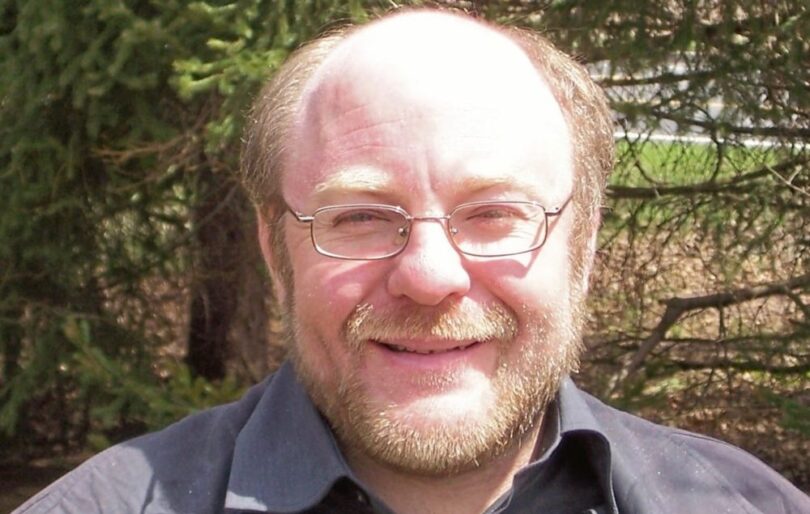 A eulogy in memory of church historian Dmitry Pavlovich.

I made the acquaintance of Dmitry Pavlovich Anashkin before the start of the fall semester, 1994, when Dima arrived from Russia to study at Holy Trinity Orthodox Seminary in Jordanville. In Moscow, he had received instruction in Orthodoxy through the seminars of Boris L. Kozushin (later, Hieromonk Tikhon). These were “salons” held in the late 1980s and into the 1990s, where meetings took place with Orthodox luminaries both from Russia and abroad. 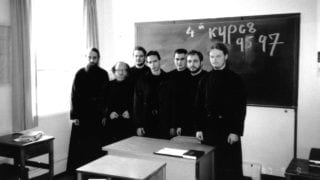 During his studies at the seminary, from 1994-98, Dmitry Pavlovich performed his obedience in the editorial office of Pravoslavnaia Rus’, of which I was the executive editor. In the 1990s a great number of clippings from the right-leaning and conservative Russian press had been acquired by the editorial office. Thanks to the abilities of Dmitry Pavlovich, all of this chaotic material was systematized, using robust principles of archiving.

Prior to the time of his enrollment at Holy Trinity Seminary, Dmitry Pavlovich had served in the Zabaikal’skii military region and had received an outstanding historical education. His studies at the Moscow Pedagogical Institute (today, the Moscow State Pedagogical University) imparted to him an acquaintance with the leading specialists in Russian history and the critical methodology of the historian’s craft. In the fall of 1995, I began teaching, for the first time, History of the Russian Church, and Dmitry Pavlovich was enrolled in my class. My lectures were based on the work of Metropolitan Makarii (Bulgakov, +1882) and were in their essence more descriptive-hagiographic than analytical. I understand how difficult it was for this professional historian to sit through my lectures. Ten years later, as a guest “student”, I attended a course of lectures on the history of the Byzantine Empire, given by Dmitry Pavlovich at Holy Trinity Seminary (HTS). And still later, while working on my Ph.D. dissertation on the ecclesiastical history of the Byzantine Empire, I was able to assess the depth of Dmitry Pavlovich’s preparation for these lectures and his familiarity with contemporary interpretations of Byzantine history.

Twice he would return from Jordanville to Moscow “for good.” The first time he went back was in 1999, a year after the end of his seminary studies. In Moscow, he had already settled down, had a job, but in 2003 he was “pulled out.” HTS invited him to teach History of the Christian Church. For ten years of his life at Jordanville, Dmitry Pavlovich was engaged in the study of the history of the ROCOR. He created his monumental project – an electronic database (index) of articles of Pravoslavnaia Rus’, containing more than 30 thousand records. I hope that this phenomenal reference tool soon will be available to online users.

In 2014, Dima again returned to his homeland, where he was very happy, living in his house in Pushkino near Moscow, with his wife Irina and his father, Pavel Vasil’evich. He began writing his Candidate in History thesis, working as a researcher for Saint Tikhon’s Orthodox University of Humanities (PSTGU). Dima also began working on an annotated edition of the minutes of ROCOR’s synods and councils of the inter-war period. (The original documents have been preserved in the State Archive of the Russian Federation in Moscow.) By the time he had returned to his homeland in 2014, Dmitry Pavlovich had already become the author of two monographs in Russian on the legislation of the Russian Church Abroad and on Orthodox church resistance in the USSR (1927-1988).

Dmitry Pavlovich loved reverent worship that observed Typikon requirements and he valued liturgical art. Two years ago, he began to serve in the altar of the dependency of the Holy Trinity St. Sergius Lavra – the church of St. Paraskeva behind the walls of the monastery. Reader Dmitry treasured and perceived this obedience as his Church ministry. A year ago, he began to share his vast knowledge with parishioners: more and more people attended his lectures.

December 26th, 2018 was an ordinary day: the pre-New Year preparations foreshadowed what happened in the evening — an instantaneous stroke. An autopsy revealed that half of Dmitry Pavlovich’s brain was covered in blood.

It is not true to say that everyone is dispensable. To become a professional historian, to choose an area of expertise, to acquire knowledge of the field and to develop intuition, working relations with other experts and publication record takes years and years. I cannot imagine who will now write an analytical study on the conservatism of the ROCOR, its relationship to the Vietnam War, or will lecture engagingly on the history of the Church to parishioners. It is encouraging that Andrei Aleksandrovich Kostriukov, a leading expert at the Research Department of the Newest History of the Russian Orthodox Church at PSTGU, intends to deliver to publication the project on synods and councils of the ROCOR that Dmitry Pavlovich had been working on.

It was easy to be around Dmitry Pavlovich. He had a remarkable quality – to relate positively to the reality surrounding him, whether in Jordanville or Pushkino. He was ready to take part in practical jokes, in fun. His home in Jordanville had been open to seminarians and to monastery neighbors.

In the army, Dima developed a quality that helped him in Jordanville. He could “read people” but did not consider it necessary to communicate these observations to others. His observations became clear in isolated remarks, often made long ago after the situation. He also kept in confidence what might compromise others or what was told to him privately. 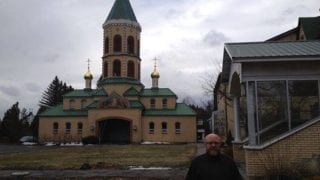 I have no doubt that those who knew Dmitry Pavlovich Anashkin would agree he was gregarious, outgoing and humorous. Therefore, it is so difficult to be reconciled with the fact that he is not here now with us anymore. “For life!” was one his most favorite toasts. This is how he will remain in our memory.

One of the Russian prose poems (Krokhotki) of Aleksandr Isaevich Solzhenitsyn is entitled “And we shall not die!” The transition to the other world of Dmitry Pavlovich (we were the same age – 51) shows that another reality, an invisible, ethereal wall is near, and its portal can be opened at any time.

Links
D.P. Anashkin, We Need to Explain Calmly the Reasons for One Error or Another