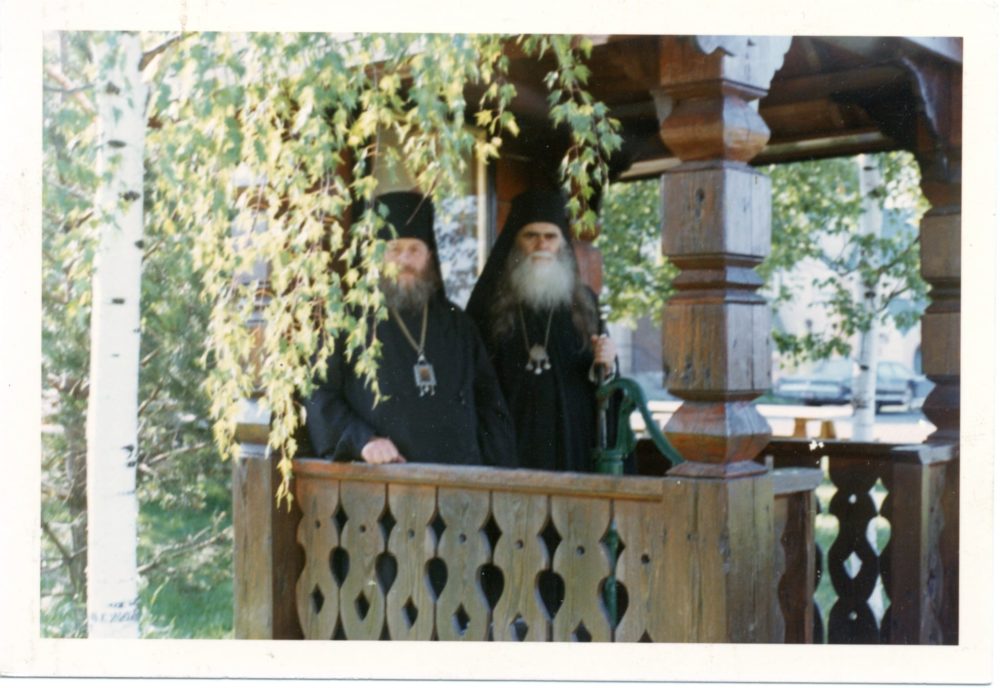 Personal recollection about a prominent hierarch of the ROCOR

In a video, posted in the Russian version, Fr. Herman talks about how he set off for New York to help his friend Alexander Pernik, who was undergoing great spiritual suffering. This story is reproduced here from Russkiy Palomnik No. 34 (2005), pp. 111-112, where it is part of the autobiography of Archbishop Leonty of Chile. This translation has been made possible by a grant from the American Russian Aid Association – Otrada, Inc.

Summer. New York City. The Synod building on Park Avenue. This was a difficult time for me. I was in urgent need of help, since my friend Alexander was in a catastrophic state. He had been a brilliant student at the seminary, suffered from extreme depression, and left the seminary in a panic, rushed home to San Francisco, and, after some time, having dropped everything there, he came back to begin everything anew. These vacillations were a cause of horror for both his parents and everyone in the seminary, which was situated in Holy Trinity Monastery in New York State. He had only been studying for a little while when he fled and hid in the attic, stopped coming to Church, skulked about and did not speak with anyone. The clergy were speculating about whether he might be demonically possessed. I personally knew him well and was troubled by such conversations and was clutching at a straw-like a drowning man when I found out that his former confessor from Shanghai, Archbishop John Maximovitch, did not consider him to be possessed. I decided to take advantage of the opportunity of a session of the Synod of Bishops which was taking place in New York at the time, in order to ask for the prayers of three bishops who knew my friend well: Archbishop John; Archbishop Averky, the rector of the Seminary; and Archbishop Tikhon of San Francisco, who knew him well and always prayed for the poor soul of the young spiritual struggler Alexander.

Having arrived at the Synod building to see my bishop, Archbishop Averky, who had only just ordained me as Reader, I asked the bishops to organize a moleben so that poor Shura [i.e., Alexander —trans.] might be freed from delusion. While I was ascending the stairway to find Vladyka Averky, I was met by an unfamiliar bishop in a grey cassock who was coming down towards me. His face was remarkably friendly. I basically ran into him and he uttered some kind of greeting to me. His remarkably beautiful, high voice rang out like the sound of a bell and immediately filled up the marble staircase with its splendid tenor pitch. I was thinking heavy thoughts and was at a loss for how to convince the hierarchs to gather together and pray for Shura’s spiritual wellbeing. This was obviously written on my face. The bishop, as he came down towards me, took my hand and asked what was wrong. Right then and there on the marble staircase, I shared my troubles with him, without knowing whom it was I was speaking with. This stranger I had met grasped what was wrong, and said that he was going to see Archbishop John and that we would meet in the cathedral. He told me to go up to the rooms of Archbishops Averky and Tikhon and to ask them to come down for the moleben in the cathedral. It was then that I realized that my newfound benefactor was Archbishop Leonty of Argentina and Chili, the well-known missionary from South America, whom I had heard of as a staunch defender of the Old Calendar and the best representative of the persecuted Church in Russia. When I came up to Vladyka Tikhon’s room and shared my request with him, he was deeply troubled for Shura’s fate; he said that he could not come down owing to the state of his health, but said that he would begin to pray in his room 15 minutes from now and would be with those at the moleben in spirit. Vladyka Averky said the same thing, with a deep sigh and tears in his eyes.

When I came down to the cathedral, Archbishops John and Leonty were already there. They were standing at the lectern in the middle of the church. On the lectern were a gospel book and a crucifix; not far away was the Kursk-Root Icon of the Mother of God. Vladyka John, in a dark blue stole (which was subsequently passed on to us) blessed me and said that God would hear our prayers. I kneeled down. Vladyka John covered me with his stole and Vladyka Leonty gripped my head. The hierarchs were standing close to both of my sides: Vladyka John was serving and Leonity was singing. It was then that I heard something special in Vladyka Leonty’s voice; at that moment some change was occurring in my life, of a kind that was not entirely comprehensible but clearly palpable. A shiver ran down my spine. It seemed that both bishops were deeply concerned by something and had seized the opportunity that I had provided, in order to entreat God on behalf of the persecuted Russian Church. I sensed the prayers of both bishops who were absent at that moment but who were also praying.

I was also weeping, not from grief, but from a feeling of joy at such fatherly care as was being poured out upon me, a chance visitor. There were some icons in the icon-screen of the cathedral that I had written myself. The Synod of Bishops that was gathered together at that moment was resolving important problems relating to witnessing to the Truth throughout the civilized world, for it was precisely for the purposes of spreading Orthodoxy amid the apostasy of neo-paganism that our apostolic hierarchs in exile were assembled.

After the moleben, Vladyka John told me that Shura was not possessed and that one must find an Orthodox psychiatrist for him. He blessed me, embraced me in a fatherly manner, and left. Vladyka Leonty, for his part, remained there longer and talked a little bit about his life, about how he, too, had a close friend who was in trouble, and how he also prayed for him after he had died in the camps. He concluded his short speech with ardent words from the Gospel about the power of brotherly love. This long remained fixed in my memory and I remembered it when we later met in San Francisco.