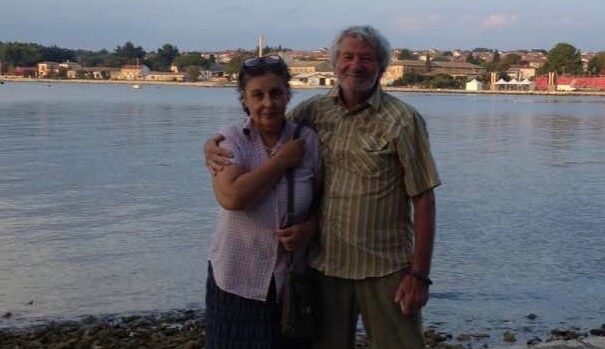 A scholar of the Russian church diaspora from Moscow.

An interview with the author of a must-read book on the history of the ROCOR, Russkoe Tserkovnoe Zarubezh’e: XX vek v biografiiakh dukhoventsva ot Ameriki do Iaponii (The Russian Church Diaspora in Biographies of Its Clergy from America to Japan, Moscow 2008). The author is a specialist in Balkan studies and he also used to teach a course on the history of the Russian Church in the emigration at Saint Tikhon’s Orthodox University for the Humanities in Moscow. This translation has been made possible by a grant from the American Russian Aid Association – Otrada, Inc.

Viktor Ivanovich, you are an expert on the Balkans. How did you come to the idea of studying the Russian emigration?

When I was in Yugoslavia for work in the late ’70s, I got to know the descendants of the first wave of the Russian emigration, got a taste of their culture, of books that were inaccessible in the USSR. In the 1990s, the topic of the emigration was opened up to be researched freely. I found myself able to study the issues that I had become aware of in Yugoslavia.

Please tell us how you came to the topic of the Russian church in the emigration?

It was very simple. All other topics were already “worn out” and my wife suggested that I could study the Russian clergy in Yugoslavia. In the Russian State Archive (GARF) in Moscow, I found some materials and I looked at various press sources, from which I gleaned a great deal. It also helped that I got to know Bishop Basil (Rodzianko), who dictated his memoirs to me. Moreover, I also managed to obtain permission to publish a portion of the memoirs of the scholar Vladimir Moshin, who was ordained as a priest in Yugoslavia. All these things enabled me to complete the task that I had set for myself.

Your book, The Russian Church in Yugoslavia, which was published in 2000 by Saint Tikhon’s Theological Institute, included some brief biographical notes on the first generation of  ROCOR clergy. From what I understand, these findings became the “nucleus” of your current book. Please tell us about other analogous reference works that already exist, and the difference between these and your work.

This is, in essence, accurate.

I have only good things to say about my colleagues’ work. For instance, in 2007, Antoine Nivière published an exceptional book, Orthodox Clergymen, Theologians, and Churchmen in the Russian Emigration in Western and Central Europe from 1920-1995. A Biographical Reference Guide. [Pravoslavnye sviashchennosluzhiteli, bogoslovy i tserkovnye deiateli russkoi emigratsii v Zapadnoi i Tsentral’noi Evrope 1920—1995 Biograficheskii spravochnik.] My book contains materials that encompass the Russian Church abroad from America all the way to Japan. Here one can find Europe and America, Japan and China, Africa and Australia and Asia… Aside from this, I set myself the task of not providing not just basic biographical information, but also of depicting, inasmuch as I was able, the hardships and the lives of clergy, dioceses, monasteries, and churches far away from their homeland in the 20th century, which brought such major changes to the world.

What criteria did you use to select materials for your work?

It was above all how new they were, since novelty allows one to expand historical knowledge. A lot of things were found in Collection 6991 of the “GARF”. I made use of publications that were not readily available, which people both in Russia and other countries helped me to obtain. Of course, I also relied on the works of historians that contained information about the Russian clergy abroad. For completeness’ sake, materials about famous clergymen of the Russian Church were included.

Which sources did you use?

First and foremost, the materials from the GARF; the book Russkaia Pravoslavnaia Tserkov’ Zagranitsei 1918—1968 [The Russian Orthodox Church Abroad from 1918-1968], published in New York and edited by Count A. A. Sollogub; the Russian-language press from outside of Russia; and other materials that were printed in Russia and in other countries. In the process of writing the book, I especially valued the opinion of priests and colleagues on difficult questions. I gleaned a lot from the Internet.

A whole array of Russian researchers is now studying the topic of the Russian Church abroad. Whose works would you single out for mention?

One such researcher is Andrei Alexandrovitch Kostriukov, a teacher at Saint Tikhon’s Orthodox University of the Humanities (STOUH), who writes a lot of works on this very complicated issue with great talent. It would suffice to mention his one-of-a-kind academic work Russkaia Zarubezhnaia Tserkov’ v pervoi polovine 1920-kh godov [The Russian Church Abroad in the Early 1920s], which was published by Saint Tikhon’s University Press in 2007. Another significant contribution is Alexander Lvovich Gurievich’s work in the Internet database Russkoe Zarubezhe [The Russian Emigration]. Andrei Vladimirovich Popov has compiled an excellent historiographical work, Rossiiskoe pravoslavie za rubezhom [Russian Orthodoxy Abroad] (Moscow, 2007), with a bibliographical index of secondary literature and primary sources from 1918-2006.

Please tell us about your own academic plans?

This is not a straightforward question. Among other things, there is research into the emigration and modern history of Baltic peoples, as well as the intention to keep on collecting materials relating to clergymen in the Russian emigration. In any case, investigating state and church archives could yield a lot of new, previous unknown information, and, of course, I hope for the assistance of those who are interested in this topic.