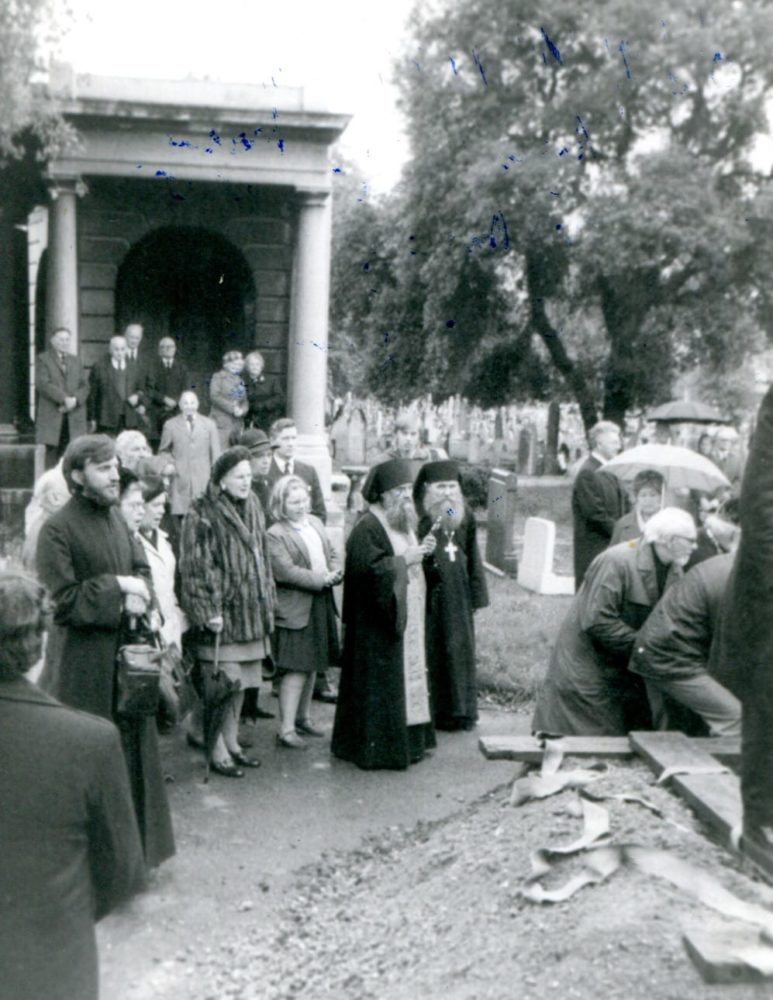 The similar question (what is my Christian status?) in the 19th century led William Palmer to the Roman-Catholic Church. The article mentioned an important decision of the ROCOR council not to rebaptize those who were received into Orthodoxy by other churches.

In October 1975 the parish of Saint Michael in Guildford left the jurisdiction of the Moscow Patriarchate and joined the Russian Orthodox Church Outside Russia (see The Old Calendarist, issue no. 44, Nov. 1975). At that time the communicant status of the parishioners was not questioned and indeed was never at any time questioned by the hierarchs of the Synod Abroad, Yet, there arose in the minds of some of the parishioners of Guildford doubts about their exact status and the correctness of the method by which they were received into the Orthodox Church i.e. by chrysmation. Thus in Great Lent 1976 they sought and received permission for re-baptism from the aging Archbishop Nikodem.

This action scandalised many people, both in the jurisdiction of Archbishop Nikodem and in other jurisdictions. It inevitably led to many mis­understandings e.g., that this represented a new policy on the part of the hierarchy of the’ Synod Abroad and a hardening of its attitude toward
other jurisdictions in general and the Moscow Patriarchate in particular. This, however, is not the case. The September 1976 Sobor of the Russian Orthodox Church Outside Russia in New York set the record straight by forbidding the re-baptism of those who have already been united to Christ in Holy Communion.
In view of this; it is appropriate to publish now a translation of a report’ which appears in the March 1977 issue of Vestnik the Russian/language, journal of the Western European Diocese of the Russian Orthodox Church Outside Russia. It is an extract’ from a larger article which describes the activities of Archbishop Anthony of Geneva during his stay in Britain in, October 1976 during which he officiated at the funeral of Archbishop Nikodem and reoragnised the affairs of the parishes in Britain.

“23rd October, Saturday: Archbishop Anthony visited the young English parish in Guildford, Four members (Editor’s note – at least four]) of this parish were rebaptised after having been accepted for several months in our Church as Orthodox Christians from the diocese of the Patriarchate of Moscow. Archbishop Anthony explained to them that on the basis of the decision of the Archbishops’ Sobor (1976)’ the re-baptism of those who have already received Holy Communion and. other holy sacraments, by whatever method they have been received into the Church, is forbidden. The-young, hotheaded and ill-advised did not agree with this policy of our Church.

“Evidently they consider us ‘not sufficiently Orthodox.’ They preferred to leave our Russian Orthodox Church and have chosen the way of ‘sectarianism.’  It is hardly likely that any other church will satisfy them.”