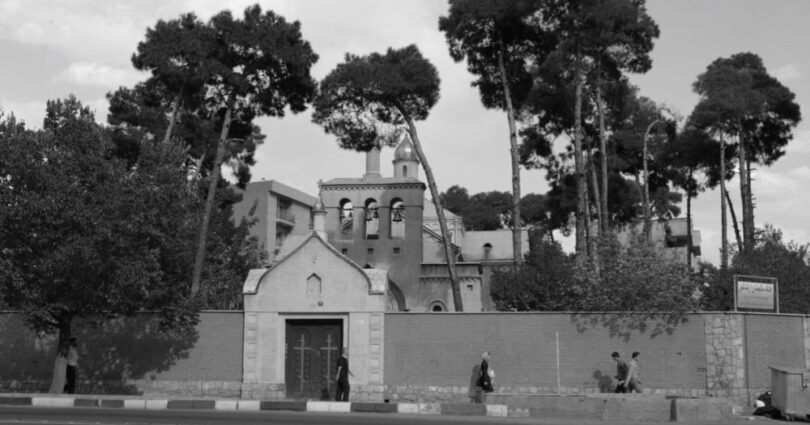 This chapter is heavily updated by Munich editors.

The Dioceses and Institutions of the Church Abroad

By right not only of its numerical significance but also of its spiritual and ecclesiastical influence, the Russian Orthodox Church Outside of Russia is of considerable consequence among the Orthodox Churches. If one excludes the other Orthodox Churches in exile, the Church Abroad, with its hundreds of thousands of active members, [1] “Die Russisch Orthodoxe Kirche im Ausland” in Glaube in der zweit. Welt 3/4 Q74: p. 8. its twenty monasteries and sketes, the printing presses, the seminary, and other institutions, is far from being the smallest among the autocephalous and autonomous Orthodox Churches. The number of faithful is about equal to that of the Orthodox Church of Czechoslovakia and is significantly larger than several national Orthodox Churches (e.g. The Autonomous Orthodox Churches of Finland and Japan number 50,000 and 30,000 faithful, respectively, the suppressed Chinese Orthodox Church likewise numbered only 30,000), the autonomous archdioceses (Sinai, Dodekanes) or the ancient eastern Patriarchate (Jerusalem). In the Church Abroad’s monasteries, there live more monks and nuns than in the monasteries of the Patriarchate of Jerusalem and Antioch, the Autocephalous Church of Poland and the Autonomous Churches of Sinai, Finland, and Japan combined. In its printing presses, more theological and religious literature is produced than by the Moscow Patriarchate’s publishing house. The Church Abroad’s circulation of periodicals is many times that of the Patriarchate. In contrast to the Mother Church, it can carry out charitable works, maintain schools, and conduct missionary activities. It is the only Russian Church outside of Russia that has for seventy years had parishes in all parts of the Free World. Since World War II, the Church Abroad has no longer enjoyed the official recognition of all the Orthodox world, but it has also not at any time been officially driven out of the Orthodox world. There are “simply no relations.” However, this has not hindered many clergies of other Orthodox Churches from maintaining “unofficial” contacts with the Church Abroad’s representatives. [2] Cf. Part V, Chap. 4.

The leadership of the Church lies in the hands of “the Synod of Bishops of the Russian Orthodox Church Outside of Russia,” with its headquarters in New York. Since 1986, the President of the Synod is Metropolitan Vitaly. The other permanent members of the Synod are Archbishops Anthony (Medvedev), Archbishop Laurus (Skurla) and Bishop Hilarion (Kapral). The Council of Bishops meets approximately every three years; it comprises the full assembly of bishops. The Council decides all important matters concerning the entire Church, such as the creation of dioceses, questions of the Faith, the election of the First Hierarch, etc. At the Council of Bishops, all hierarchs take part either in person or in writing.

The Church [3] Spisok (1988). is made up of 14 dioceses and three vicariates. These dioceses are administered by 8 diocesan bishops and 3 vicar bishops, and one administrator with the rank of archimandrite. Three bishops, Archbishop Seraphim (Svezhevsky), Bishop Gregory (Grabbe) and Bishop Constantine (Essensky), live in retirement. A total of 316 parishes/communities belong to the Church Abroad. Of these, 161 are in the United States and Canada, 36 in South America, 83 in Europe, 25 in Australia and New Zealand, and 11 in Africa and Asia. The five monasteries in the Holy Land, and several churches, as well as a number of communities in North America, Europe, Asia, and Africa, are subject directly to the First Hierarch. Several Greek, Romanian, Bulgarian, French and English Orthodox communities and a community of Old Ritualists, have joined the Church Abroad. The Russian St. Elias Skete and the Annunciation Skete on Mount Athos are in a close spiritual relationship with the Church Abroad, which financially supports the sketes and their inhabitants.

The communities are cared for by 1 metropolitan, 6 archbishops, 2 bishops and 3 vicar bishops, 10 archimandrites, 2 hegumens, 86 archpriests, 152 priests, 63 archdeacons, protodeacons and deacons, 80 monks, and over 200 nuns. In almost all of the monasteries, Russian is the spoken language, and the liturgy is celebrated in Church Slavonic. Among the monks are also monastic clergy of all ranks, from hierodeacon to metropolitan.

[The statistical data given here reflect the situation in the years 1992-1993, updating the German edition. Statistics about new developments in Russia have also been omitted. In the German edition, the years 1980/81 was taken as a base year. In comparison with the latest statistics, a few interesting statements can be made: the number of parishes in this time period has decreased by 33, but this decrease can be almost exclusively traced to Europe, where a total of 27 parishes had to be given up. These parishes had all been founded after World War II in refugee camps and their environs, and by the 1970s consisted of only a few families. The divine services were celebrated only at irregular intervals, sometimes only once a year. In contrast, the number of communities in South America and Australia has remained unchanged. In North America, the number has increased. Considering that a number of the Greek parishes (including the monastery and convent in Boston) have seceded from the Church Abroad and joined a group of Greek Old Calendarists, the Church Abroad can reflect upon a not insignificant success. The new parishes are, in part, parishes which on account of the modernism in the OCA have separated from the same, and also in part new, completely English-speaking parishes, which have developed from the missionary activities of the Church Abroad. There is a particularly positive balance between the number of parishes and clergy, including monastic clergy, in parish service. The number of parish priests has also increased. What is particularly pleasing is the fact that the average age of the clergy has dropped sharply, and today is under 50 years of age. In the priesthood, the change of generations can be clearly perceived. This applies to all dioceses. The supplying of parishes with priests is quite uneven. While in North America and Australia the majority of parishes have their own priests − with the exception of the smaller diaspora communities in remote areas, in South America and Europe the shortage of priests is menacing. There only every other community has its own priest. In Europe, the situation is somewhat more favorable than in South America because the number of priests in Europe has risen slightly. Particularly positive here is the ordination of many younger candidates. The situation of the episcopate is more difficult. In 1981 there were 18 ruling bishops; today [1992] there are only ten ruling and three retired hierarchs. Indeed, there are a few candidates among the monks who are as yet too young to be consecrated, i.e., they do not have a sufficient amount of spiritual experience. Whereas the Moscow Patriarchate, for example, consecrates candidates who are just 30 years old, the Church Abroad is very reluctant to do this. Thus, in the coming years, they will certainly continue to consecrate only older candidates, before a turning point will become apparent.

Also, a particular change can be noticed in the monasteries. Candidates of non-Russian heritage, especially of English-speaking heritage, have increased in number sharply. The situation of the monasteries in the Holy Land is particularly difficult. On account of the uncertain political situation connected with the constantly rehashed claims of the Moscow Patriarchate to the Church property, many candidates hesitate to move to Jerusalem.

Ruling bishop: Metropolitan Vitalis (Ustinov, b. 1910; 1951 consecrated Bishop of Montevideo).
Vicar bishops: Bishop Hilarion (Kapral, b. 1948; 1984 consecrated Bishop of Manhattan), Bishop Daniel (Alexandrov, b. 1930; 1988 consecrated Bishop of Erie).
Sixty-six parishes are cared for by 3 archimandrites, 2 hegumens, 25 archpriests, 47 priests, and 19 deacons.
1 monastery, 1 convent.
1 home for the elderly and 1 nursing home with hospital facilities.
16 parishes are directly subject to the First Hierarch; for the most part, these are located on the territory of the diocese.

Ruling bishop: Archbishop Laurus (Skurla, b. 1927; 1967 consecrated Bishop of Manhattan).
15 parishes are cared for by 3 archpriests, 7 priests and 2 deacons, and as needed by the monastery clergy, which includes 3 archimandrites, 3 hegumens, 4 priests and 7 deacons.
1 monastery with a printing press and publishing facilities.
1 convent with 2 nuns.
1 seminary with approximately 40 students.

Chicago and the Midwest

Ruling bishop: Archbishop Alypius (Gamanovich, b. 1929; 1974 consecrated Bishop of Cleveland).
19 parishes are cared for by 1 archimandrite, 1 hegumen, 2 archpriests, 16 priests, and 3 deacons.
1 monastery.
Among the 19 parishes, there are many English-speaking missionary communities.

5 parishes are cared for by 1 hegumen, 1 archpriest, 2 priests, and 1 deacon.

Ruling bishop: Archbishop Mark (Arndt, b. 1941; 1980 consecrated Bishop of Munich and Southern Germany).
47 parishes are cared for by 1 hegumen, 6 archpriests, 10 priests, and 3 deacons.
1 monastery with a printing press.
The parish in Copenhagen is included in this diocese.

After the repose of Archbishop Nathaniel (1986), the diocese was abolished; the parishes were absorbed by the Diocese of Western Europe.

Ruling bishop: Bishop John (Legky, consecrated Bishop of Buenos Aires, Argentina, and Paraguay).
18 parishes are cared for by 5 archpriests and three deacons.
Of the 18 parishes, 14 are in Argentina, 3 in Paraguay and 1 in Uruguay. A Romanian parish is directly subject to the First Hierarch.

See vacant 6 parishes are cared for by 1 archpriest, 2 priests, and 1 deacon.
1 home for the elderly.

Head: Archimandrite Theodosius (Klar, 1993 appointed head of the Mission).
2 archimandrites, 2 hegumens and 2 monks belong to the Mission.
The Mission has 2 monasteries, 2 convents, 1 boarding house for girls with a school, as well as extensive properties with churches.
8 parishes in Africa and the Near East are cared for by members of the Mission, wherever political circumstances permit. In 1989, the Synod ordained a priest, Fr. Stephen Evnich, for Iran, where only native clergy are permitted to serve.