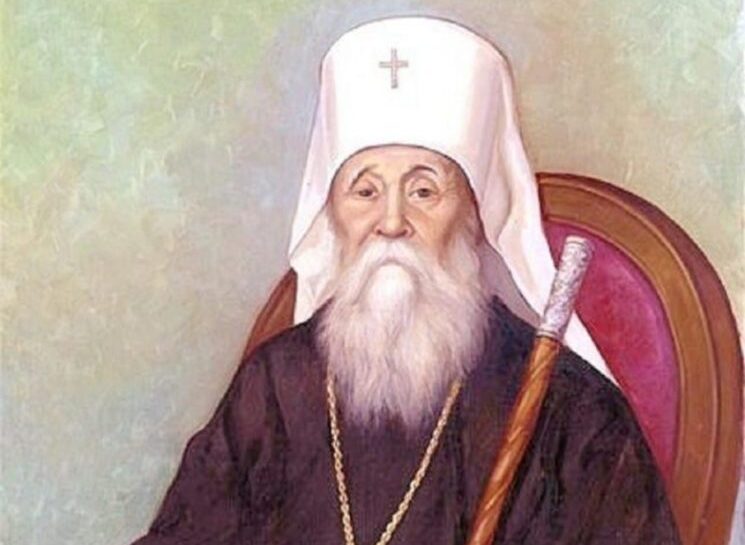 A brief explanation of the cooperation between the Russian Church Abroad and North American Metropolia in 1934-1946.

In the 1920s and ’30s, no one seriously thought that the Soviet government, the “new Tartars,” would last for long. In fact, there was good reason to hope that it would be only a short time before the Communists would fall. Then the reign of terror would come to an end, the Church would be free again, and the exiles could return to Russia, or at least be organically reunited with the Mother Church. Thus, during those first years, it seemed reasonable to the emigres to discuss such issues as the eventual restoration of the monarchy and who, in that case, might be the rightful claimant. It was not until after World War II that it became obvious that the exile was going to last a very long time if, indeed, it did not become a permanent condition.

Except for the tragic Old Believer Schism of the seventeenth century (discussed in Chapter Nine), the Russian Church had never dealt with quite such a confusing and difficult situation. There seemed almost no historical precedent to follow. One had to be guided not so much by strict adherence to the canonical order (however desirable that might be in normal times), but by one’s own conscience and the spirit, rather than the letter, of the law.

One remotely applicable precedent for setting up ecclesiastical authority outside the geographical boundaries of the Russian Church was the interesting case of Metropolitan Petr in the fourteenth century. Before Petr, the ruling See had been moved from Kiev in present-day Ukraine north to the city of Vladimir. However, Petr, finding himself persecuted by its ruler, then fled to the nearby principality of Muscovy, thus effectively transferring Church headquarters from Vladimir to present-day Moscow. As one historian has said, after seeing Petr’s vestments in today’s Kremlin Museum:

“Moscow was only another walled town in 1325 when Metropolitan Peter swept into the Kremlin wearing his cassock of the Thousand Silver Crosses. He had just abandoned nearby Vladimir after its prince had challenged his worthiness and tried to take from him the highest religious office in Russia, which had been conferred in Constantinople by the Patriarch himself. It was an insult that doomed Vladimir to immediate obscurity and assured the ascent of Moscow’s star.” [1] Duncan, David Douglas, Great Treasures of the Kremlin, p. 50.

Once before in Russian history the center of Church authority had been transferred and reorganized because of persecution. Were not the exiled Russian bishops now in a similar situation? The main difference, of course, was that whereas in 1325, the head of the Church, Metropolitan Petr, had in his own person transferred authority from one place to another, now, under persecution from the Bolsheviks, the Patriarch had remained enslaved in Moscow, while other senior hierarchs escaped and organized Church life without the actual head of the Church.

By the late 1920s two Church bodies existed within the Soviet Union: the official State Church under the nominal rule of the Patriarchate, but actually controlled by a ministry of the atheist government, and the underground, or Catacomb Church (sometimes called the “Tikhonites” after Patriarch Tikhon). Nor were things much better in exile, where the Higher Church Administration tried to supervise and hold together the fragmented elements of the emigration, and with parts of Western Europe and North America going in and out of schism — usually based on nothing more important than the personal whim or ambition of a given prelate. It should be noted that, with the exception of certain modernist ideas being taught at Metropolitan Evlogii’s Theological Institute in Paris, the issues that occasionally divided the exiled hierarchs at that time had nothing to do with doctrine.

Cohesiveness among the 6migr6s was illusive at best, and impossible at worst. Much of this may simply have been the result of vagaries in the Russian character, but while Metropolitan Antonii lived, the immense respect accorded him insured at least a nominal center of Church unity. Even after his death in 1936, his legacy remained a powerful factor in Church affairs — at least until the shattering events of World War II.

Concerning his successor, everyone who knew Metropolitan Anastasii believed that he had the gift of interpreting the “signs of the times.” For example, a full two years before his elevation to the episcopacy in 1915, he had prophesied that “the time of persecutions of the Church’s servants has not passed… The days are coming when we will again see insults, threats, looting, requisitioning of property, blood-be-spattered churches becoming graveyards, and even, possibly, the public execution of priests and bishops.” [2] Orthodox Word, (July/August 1965). Indeed, all of this and worse came to pass, exactly as Anastasii saw it on the day of his consecration.

Born Aleksandr Gribanovskii in 1873, the future Metropolitan was to live to the age of ninety-two, thus remaining actively in episcopal rank for half a century — longer than any other hierarch in Russian history. He outlived not only his mentors and contemporaries but also, at the end of his long life, was the last of the pre-revolutionary bishops and, thus, the last direct link to apostolic succession as originally transmitted to Russia from the Apostle Andrew through Byzantium. Not only because of his experience and wisdom but also because Providence had chosen him to lead the dispersed flock through the “wilderness” of exile, he came to be regarded as the “Russian Moses,” presiding first from Karlovci and later from New York City.

Just at the beginning of Anastasii’s long reign, the schism of the American Church, the Metropolia, had been healed, a result of which the bishops in America made the following decision in 1936:

All of the bishops who had followed the schism, and the Synod bishops who had not, signed the statement: Metropolitan Theophilus, Archbishops Adam, Tikhon, and Vitalii, and Bishops Arsenii, Benjamin, Jerome, Leontii, and Makarii. Bishop Makarii was chosen to represent the American bishops in Karlovci and was among those that elected Anastasii first hierarch in September 1936. Bishop Benjamin represented the Metropolia at the 1938 Karlovci Sobor.

Even as late as 1940, Theophilus reaffirmed his loyalty:

“I consider it my duty to testify of my thankfulness toward the Chairman of the Synod Abroad, Metropolitan Anastasii, for his benevolent attitude toward us. He has kept his promise to support us in the task of bringing peace to our Church… By his influence and elevated authority, Metropolitan Anastasii is able to contain the passions of certain restless persons [and] to influence and direct Church life along a more peaceful, normal path.” [4] Ibid.,p. 93-94.

Now, however, came World War II, during which Anastasii lost contact with much of the scattered Church Abroad.

“Serbia, where the Synod of the Church Outside Russia was then located, was occupied by Germany, and much tact and wisdom were required in order to preserve brotherly relations with the Serbian Church and at the same time, preserve the Russian Church free from the persecutions of the [Nazi] conquerors.

During the bombardment of Belgrade, Metropolitan Anastasii set an example of calmness and spiritual courage, continuing to serve [Liturgy] without fail, visiting churches, and keeping up the spirit of the Russian flock.

With the approach of the Soviet troops, [he] took with him the wonderworking Kursk Icon of the Mother of God and left for Central Europe almost entirely alone.” [5] Orthodox Word, (July/August 1965).

This 700-year-old miracle-working icon had played a significant role in Russian history, but since the formation of the Church Outside Russia, it had been the patron icon or “Directress” of the Synod of Bishops, presiding over every sobor. To this day, bishops are consecrated before it, metropolitans die in its presence, and new ones are chosen and enthroned before it. Although its permanent home is at the Synod Cathedral of Our Lady of the Sign in New York City, it often travels to other dioceses, parishes, and even private homes, where it continues to comfort and console the flock in the “wilderness.”