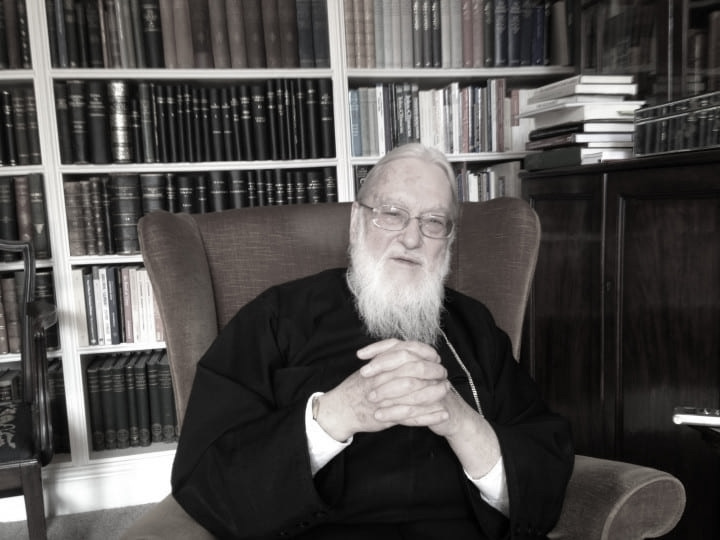 Both Metropolitan Kallistos and Fr. Seraphim (Rose) belonged to the same generation of English-speaking people who were astonished by the beauty of the Orthodox faith.

Metropolitan Kallistos (Ware) of Diokleia has passed away from our earthly life. Metropolitan Kallistos is himself an entire page in the history of 20th -century Eastern Orthodox theology. This is a page that is also related to the ROCOR. Many 20 th -century authors wrote concise accounts of the history and theology of the Orthodox Church (suffice it to mention Father Sergius Bulgakov’s L’Orthodoxie). However, none of them has been nearly as successful as Timothy Ware’s The Orthodox Church (Penguin Books, 1964), and in the 1964 edition, he was presented as a ROCOR layman living in Montreal. I believe that Timothy Ware’s Eustratios Argenti: A Study of the Greek Church under Turkish Rule influenced the decision of the 1971 ROCOR Council of Bishops in Montreal to change from the traditional Russian practice of receiving non-Orthodox Christians through chrismation to the 18th -century Greek one of requiring all “Westerners” to be baptized.

In the interview below, you may learn about Timothy Ware and the ROCOR. We need only mention that he embarked on his monastic path in Archbishop Vitaly Oustinoff’s Montreal podvor’e. Recently, I told our Bishop, Vladyka Luke, about my last meeting with Metropolitan Vitaly in the fall of 2001, when he unexpectedly took out one hundred Canadian dollars and asked me to pray for him. At our last meeting, Met. Kallistos gave me an icon with the words on the back: “May the Lord remember you in His kingdom.” Now we pray that these same words may apply to him. They were very different: His Grace Kallistos, a man of books; His Eminence Met. Vitaly, decisive, domineering, and able to stop the extradition of people to the USSR from the British zone of occupied Germany following World War Two. I hope that they may now see each other again face to face.
ROCOR Studies’ Interview with Met. Kallistos Ware.