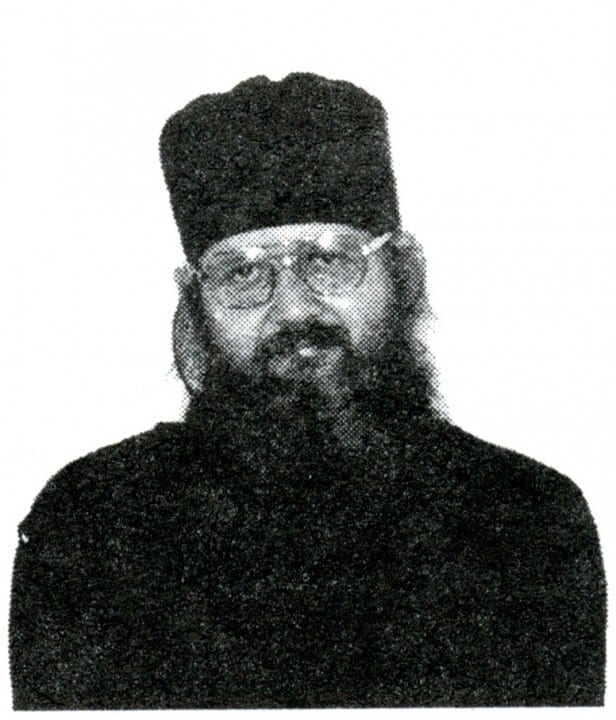 Monk Luke was born Douglas Smith, on August 12, 1936. He was one of two twins. Douglas came to God after a stormy youth. He left his family at a young age, dropped out of school, and immersed himself in styles popular with the youth of the sixties and seventies.

Finally, the Lord led him to Himself, and Douglas was baptized with the name of Lazarus of Forty Days. Like his namesake, Lazarus was raised from the dead, although spiritually rather than physically. Attracted by the monastic ideal of life, Lazarus, became a novice in St. Herman of Alaska Monastery in Platina, California.

Later he became a rassaphore monk in St. Herman’s monastery. After the turmoil in Platina surrounding the death of Fr. Seraphim (Rose), Lazarus moved to the Dormition Skete in Buena Vista,  Colorado, where on Sept. 26, 1987 (n.s), he  was a tonsured Small Schema monk with the name Luke . Due to illness, it was difficult for Fr. Luke  to live in the mountains. On the feast of the Dormition of the Mother of God  in 1992 he became a member of the brotherhood of Holy Trinity Monastery in Jordanville. He was not destined to live long. Monk Luke died within   three weeks  on February 16 (n.s.) due to severe heart disease. The funeral service took place on February 19. Fr. Luke was buried in the new plot for the brethren near the Dormition church. He became the first American member of the brotherhood buried here. He will be especially remembered for a bright and cheery smile that expressed his purity and meekness. (Pravoslavnaia Rus’, No. 4, 1993)