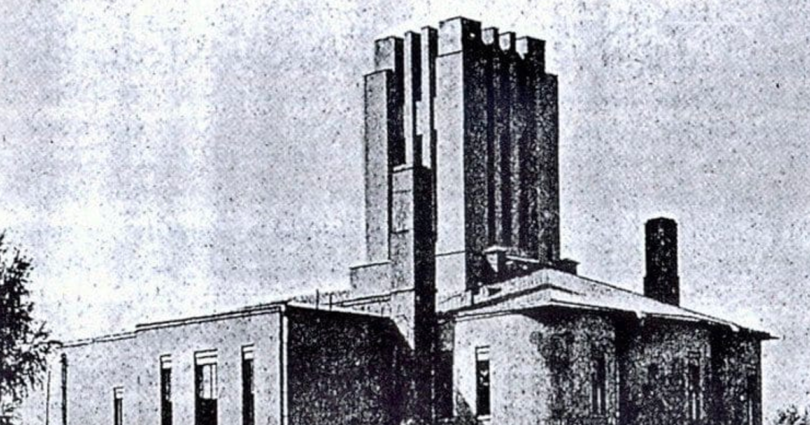 Russia's first crematorium converted from a temple in the Donskoy Cemetery in Moscow. 1925 Photo: funeralportal.ru

The issue of cremation is becoming more and pressing since it is getting more difficult in some countries for not wealthy members of the ROCOR to have a full burial.

From the reports that were given on this topic, it became apparent that this question was the subject of an opinion of Sobor of Bishops of The Russian Orthodox Church Abroad of 1932. At that time it was decided not to allow the burning of Orthodox Christians in crematoria in light of the fact that the proponents of this practice are atheists and enemies of the Church. The Greek and Serbian Churches have also reacted to negatively to this practice.

The cremation of the bodies of the dead is contradictory to that which was established in the Christian Church from the very beginning. It also contradicts the content of the prayers contained in the Orthodox funeral rite which is based upon the burial of the dead as a fulfillment of the judgment passed by God over Adam: “Earth thou art, and unto earth thou shalt return” (Gen. 3:19). Only a few Saints are freed from this consequence of the fall of our foreparents. These Saints, through spiritual struggles of good deeds returned their very bodies to the original goodness, and as a result the Lord gives their remains (termed Holy Relics) incorruption and miraculous grace-filled powers. The cremation of departed Christians would deprive us of such a saving and consoling manifestation of God’s mercy to us and to those righteous souls who reside in the Kingdom of Heaven.

Additionally, the history of religion demonstrates that cremation was practiced primarily by religions of satanic, militantly atheistic character and in the last decades is being disseminated under the influence of those who are unchristian and opposed to the church.

On the basis of the above facts, the Sobor of Bishops forbids the children of the Russian Orthodox Church Abroad to burn the bodies of their departed in crematoria. Priests are obligated to explain to their flock the unchristian character of such a burial. They must not perform a church funeral service over those bodies who are designated for cremation. The names of such departed may be commemorated only at Proskomidia. Panikhidas may be served not earlier than the fortieth day after their death. If anyone, on their deathbed, is stubborn in their desire to be cremated, despite the council of his attending spiritual father—the priest must not give such a person Holy Communion because of such disobedience to the Church.

In the most extenuating cases, an exception can be allowed in the form of a burial service by proxy, when it has been undoubtedly proven that the incineration of the body is taking place against the will of the departed one, as a forced act against him. But even in these cases this cannot be done without special permission of the diocesan bishop after his careful investigation of all aspects of the case. Parish priests must explain to their flock the sinfulness of the violation of the order which has been established by the Church and accepted by all Christians, in emulation of the example of our Lord Saviour Himself—and that this violation has been adopted by only the worst of the ancient pagans and contemporary opponents of the principles of the Christian faith.

If any faithful Orthodox Christian, because of his ignorance directs his close ones to cremate his body, and then dies not having received good council, and not having repented of his intention—then this will, being contrary to the laws and teachings of the Holy Church, is morally nonbinding to his close ones as are all sinful promises. This is what the Church speaks about in Her stichera on the feast of the Beheading of Saint John the Baptist: “O Herod, thou grandson of lies, it would have been better not to have sworn, if by swearing thine oath was given for evil: it would have been better to have lied and received life, rather than to have kept to the terms of the oath and to have beheaded the Forerunner.” If the close ones have promised the departed one to cremate his body, they can be released by the Church of this unwise oath, by the way of an established prayer for such cases. The soul of the departed one upon death, having seen the foolishness of its desire for cremation of the body, will be thankful to the close ones for such a decision.