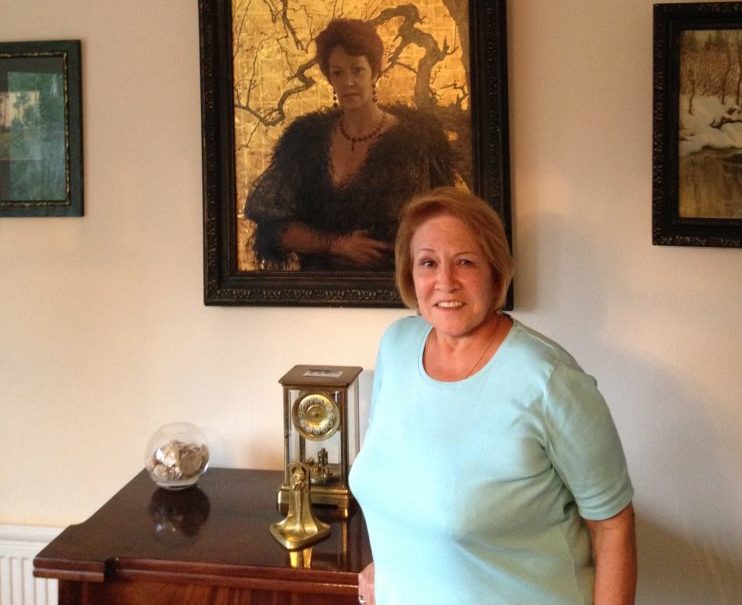 You are cordially invited to meet with Ms. Kozhevnikova while she is working in the US.

Helena Kojevnikov, known as Alyona Kojevnikov in her career as a journalist and broadcaster, was born in 1943 in Yugoslavia, into a family of Russian Orthodox White Russian emigres. Her earliest memories from post-war refugee camps in the American zone of occupied Germany (Moenchehof and Schleissheim) include recollections of the life of the ROCOR in both places, and personal recollections of some priests (the then Fr Mitrofan Znosko in the Moenchehof camp) and Metropolitans Anastassii and Panteleimon (in Schleissheim) as the family was very close to the Church and her grandfather worked for the ROCOR Synod.

The family emigrated to Australia in 1950, and the close association with the Church remained firm. Alyona graduated from Melbourne University with a double major in Russian Language and Literature, and several years later was invited to work on the Russian news desk of Radio Liberty in Munich. Among her duties was contributing to religious programming.

In 1978 she was invited to the UK by Keston College, a distinguished research institution on the situation of religious believers in communist countries. She set up and headed the Information Service of the College for 12 years, and at the same time was on loan to the BBC Russian Service to present and co-author the weekly Russian language religious program together with the late Archbishop Basil (Rodzianko) and Metropolitan Anthonii (Bloom) of Sourozh. She was also frequently invited to comment on religious, political and social matters in the USRR on television and radio. Subsequently, she was recruited once more by Radio Liberty as its London correspondent, and a year later was appointed Bureau Chief of the first Radio Liberty Bureau in Moscow. At the same time, she continued to present and co-author RL’s religious program «Не хлебом единым» (“Not By Bread Alone”).

Having been granted a security clearance by the UK Foreign and Commonwealth Office, she has acted as personal interpreter for the then Prime Minister Margaret Thatcher, the former Archbishop of Canterbury Robert Runcie and similar high-ranking persons. In 2013 she retired to the historic town of Rye in the county of East Sussex in the UK, where she continues to maintain her studies on some aspects of the Orthodox Church and medieval English history. Alyona has translated a number of works including the biography of the Russian Orthodox Christian poet Irina Ratushinskaia, “Grey is the Color of Hope”

Our interviews with Ms Kozhevnikova:
Invariably the «Russianness,» is Going to Dissipate With Every Congregation

Like Saint Seraphim of Sarov, He Greeted Everyone With Joy…