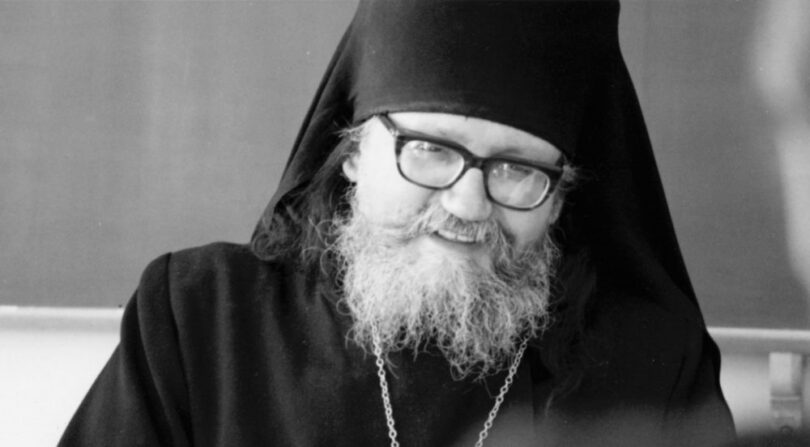 A eulogy for Archimandrite Sergius (Romberg).

For over 30 years, Fr Sergius taught liturgics at Holy Trinity Seminary in Jordanville, and the thing he tried most to teach the future pastors was a pious attitude towards the divine service, and the understanding of every detail. This may be the reason why even in America, where laxity and modernism reign in religious life, the Russian Church Abroad performs its services in their full, unaltered form. The monastic brethren and seminarians sometimes lovingly called him “the walking Typikon.” There probably was not a single question asked of Fr Sergius that he could not give a detailed response to. Clergymen visiting the Monastery always found specific answers to their queries of Fr Sergius, including difficult questions on the Ustav, or rule of services. 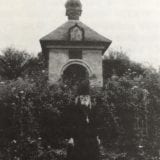 Fr. Sergius visiting a chapel in memory of Russian WWI soldiers in Ladomirova, frescoed by his brother Michael. Photo: Pravoslavnaia Rus, no. 19, 1992

Becoming a novice in 1937 in Ladomirovo, in the Carpathian Mountains, Fr Sergius immediately began playing an active role in the publication of service books and the periodical Pravoslavnaya Rus’ (Orthodox Russia) and often had to work at night. He was soon awarded the rank of hierodeacon, and later archdeacon. During his last years at Holy Trinity Monastery, when new equipment was installed in the print shop, Fr Sergius continued to participate in the missionary work of the Monastery, editing new publications. His very presence at the print shop aided and encouraged everyone who worked there. Whether Fr Sergius baked prosphoras, taught at the Seminary, worked in the print shop or the kitchen, fulfilling his monastic obedience as the ekonom (manager) of the Monastery, he executed his duty with great care. Fr Sergius labored much for the Monastery, but this is not the only reason for our sorrow. Those who approached him for a blessing remember the special feeling of spiritual peace the emanated from him, a peace that is attained only be true men of prayer, a peace that could not be disrupted by either physical suffering nor sleepless nights. There was never an instance when, God forbid, Fr Sergius expressed anger. That inner peace acquired by Fr Sergius through his prayerful work was reflected in his fact, always beaming at everyone with joy and love.