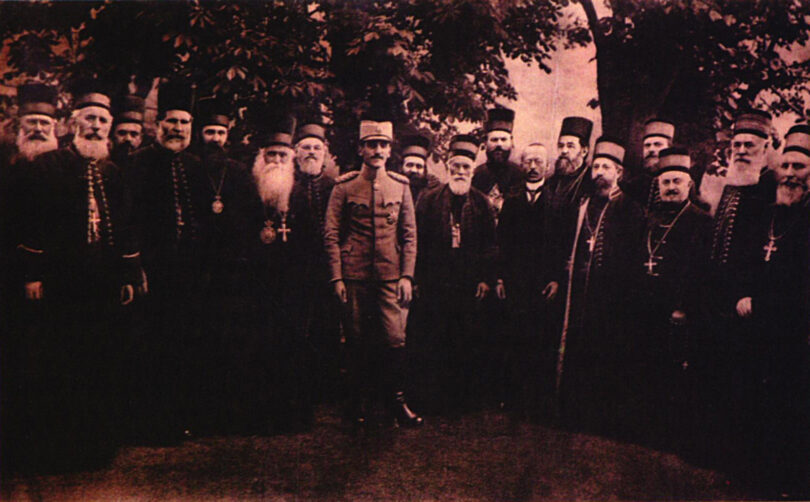 The king Alexander of Yugoslavia with the Serbian bishops

The scheduled talks shed light on the century-long history of the ROCOR in chronological order.

August 2021 will mark the centenary of the day the Council of Bishops of the Serbian Orthodox Church took the decision to grant canonical protection to the Supreme Church Authority Abroad. In connection with this anniversary, a conference is scheduled to take place in Belgrade from November 22–27, 2021, on “Links between Times: Conclusions and Perspectives. On the Centennial of the Russian Church Abroad”. The conference is to be held with the blessing of the supreme authority of the Serbian Orthodox Church and His Eminence Metropolitan Hilarion, First Hierarch of the Russian Orthodox Church Outside of Russia. The organizers of the conference are the Archive of the Serbian Orthodox Church (Director: Dr. Radovan Pilipovich) and the Web site Historical Studies of t Russian Church Abroad (Editor: Deacon Andrei Psarev). The budget will soon be completed and a fundraising appeal addressed to all those who care about the history of the ROCOR will be launched. Registration will also shortly be opened for both in-person or remote attendance. The talks will be translated into English. To date, the following scholars have confirmed their participation at the conference: